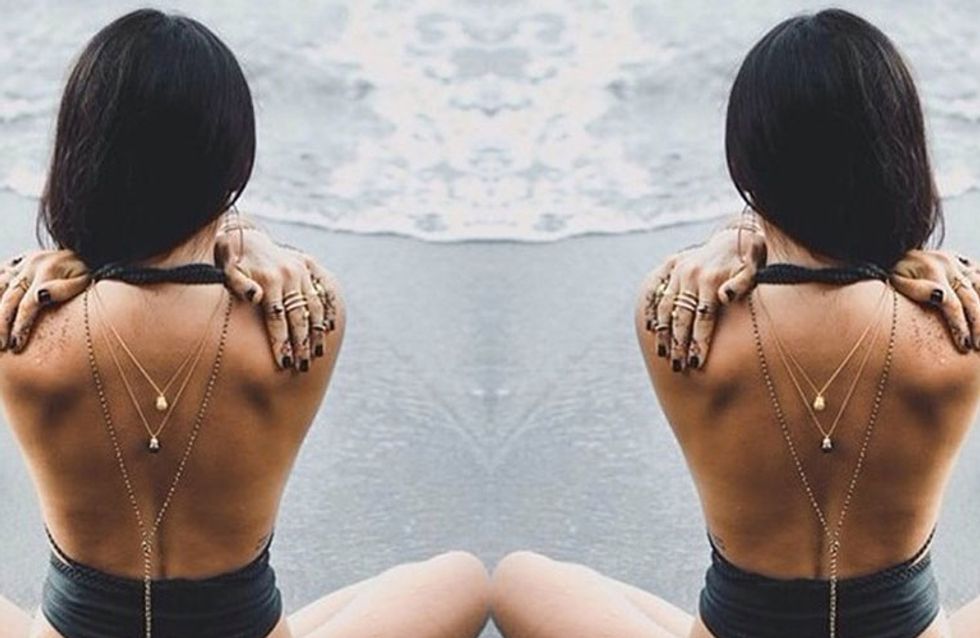 The majority of us are mentally multi-tasking our way to an early grave. We don't need to stress you even more by listing the reasons why, it's obvious: life is hard. But CEOs, politicians and OPRAH are all channeling that stress into a success story using a technique which can boost brain power, kick-start creativity and combat anxiety all at the same time... It's time to realise the full benefits of meditation.

If you haven't clocked on to the fact that meditation is the answer to all of your life's problems, the rest of the world has. Max Henderson of Hot Pod Yoga and a regular on the meditation scene says: "Five years ago, mediation was for monks in Tibet. Now we have global business leaders doing it, top celebrities and possibly more importantly… the general public."

When a 'new' concept promising to overhaul your wellbeing starts to gain traction, it's not crazy to be skeptical. However, meditation is the exception.

As a result of growing scientific interest into the links between meditation and cognitive ability, meditation's popularity has practically exploded, so much so that a whole host of Fortune 500 companies, like AOL, Google and Apple all offer meditation and mindfulness classes as part of company benefits package.

​A recent study conducted by Oxford University even found that mindfulness-based cognitive therapy (MBCT) is 'as good as anti-depressants for tackling depression'.

But what exactly is meditation?

Meditation is simply the practise of focusing your awareness on a specific object of attention in the present; usually your breath, a mantra or a particular image.​ There is no right or wrong way to practise meditation when you keep these three things in mind and you can combine your meditation with yoga practise and mindfulness techniques - the options are endless. If you want to know a bit more about the specifics of how to meditate then see our expert tips.

So how much should you meditate to feel the benefits? Max says, "There’s no hard and fast rules, as everyone is different. Some people may feel the benefits after one 10 minute session (particularly in terms of the immediate mental calm) but I believe it’s common to say that 4-6 weeks of daily meditation (10-15 mins) will really begin to reap rewards and have a significant impact."

Not convinced yet? Here's 10 other benefits of meditation you need to know about.

We weren't joking when we said that meditation is good for the brain. Max explains that "meditation has been shown to literally physically change your brain - it’s shape and makeup, as it learns to deal with your thoughts and demands better."

This process is actually called neuroplasticity, which is defined as the brain's ability to alter itself functionally and structurally as a result of environmental input. So when you're meditating, Max says to just think of it as "the gym for the mind."

Meditation's main aim is to achieve clarity in your life. We spend everyday inundating our brains with constant information, unwanted thoughts and sensory overload and as such Max says that "it’s just essential that sometimes we give ourselves a chance to step away from that."

By using meditation as a way of "calming down and unclothing of the mind," Max says that we are able to process our thoughts in a much more productive, clear way.

Max says that "meditation is great for slowing down what’s going on in your mind and helping you be mindful of what’s important, playing a great role in helping manage, counter and prevent stress." It's no coincidence that people will tell you to 'breathe' when you're getting too stressed out.

If you haven't already picked up on this, meditation is basically brilliant for positive thinking. As a result of being more in-tune with your thoughts and emotions, Matt says that the majority of people who practise meditation will see an improvement in their mood and self esteem.

​"Being aware of our thoughts and therefore having less unwanted or unconscious thoughts (according to a recent Harvard Study), has a real impact on our happiness. Mediation is fantastic for enhancing the awareness we have of our own thoughts and emotions," he says.

As well as the recent study, another study looking at 112 patients living with high risk depression even found that patients' symptoms decreased by a third after practising transcendental meditation for a three month period.

One of the main causes of poor quality sleep is the inability to switch off. As a result of having more control over your thoughts, Matt observes that "meditation is great for helping those with sleep problems."

According to a study published in the Journal Of Neuroscience, meditating for little over an hour per day can significantly reduce feeling of pain and pain related brain activity. Where typical pain relief drugs like morphine can reduce pain by around 25%, this study found that the effects of meditation reduced pain intensity by 40% and pain unpleasantness by 57%.

​Although that study only had 15 participants, using meditation to reduce pain and harness the power of mind over matter has long been a well documented option.

Improved All Round Health

It comes as no surprise that meditation "often as an ancillary or knock-on benefit, makes us more aware of how we look after ourselves physically," according to Matt.

But it's not just through your new healthy outlook that meditation can improve your health. Studies also suggest that regular meditation can reduce the rate of heart disease, lower blood pressure and reduce heart attacks. Pretty powerful stuff.

FTSE companies don't just offer meditation to their employees for nothing. Matt says that "meditation is used in many creative organisations to help bring the best out of creative minds."

Meditation can also help with improved memory - which makes sense if you’re working that brain every day. A study found that people who have been practising meditation in the long-term had significantly more grey matter in the brain. Another found that there was a significantly larger capacity of hippocampi in the brain, which is the part associated with learning and memory, in those who practise meditation.

Meditation has always been used as a way to relax but Matt says that meditation is specifically "great for helping prevent and manage anxiety." This is because studies have shown that meditation significantly reduces the production of cortisol in the body - the hormone linked to stress - and is widely used as part of Cognitive Behavorial Therapies (CBT) for General Anxiety Disorder.

Best of all, meditation is cheap and easily accessible - which are the two building blocks of anything we love.

Max confirms that "there are superb, really accessible apps and programmes available to make it easy for anyone." If you're looking for inspiration then Headspace (even Emma Watson’s a fan), Walking Meditations and Simply Being Guided Meditation are three good places to start.

Tweet us at @sofeminineUK and let us know if/how practising meditation has affected you!

This article was written by Maria Bell, follow her on @Marrbell.

21 Reasons Why Yoga Is The Best Workout Of Them All

Stress Less: 18 Habits To Harness For A Happier Life