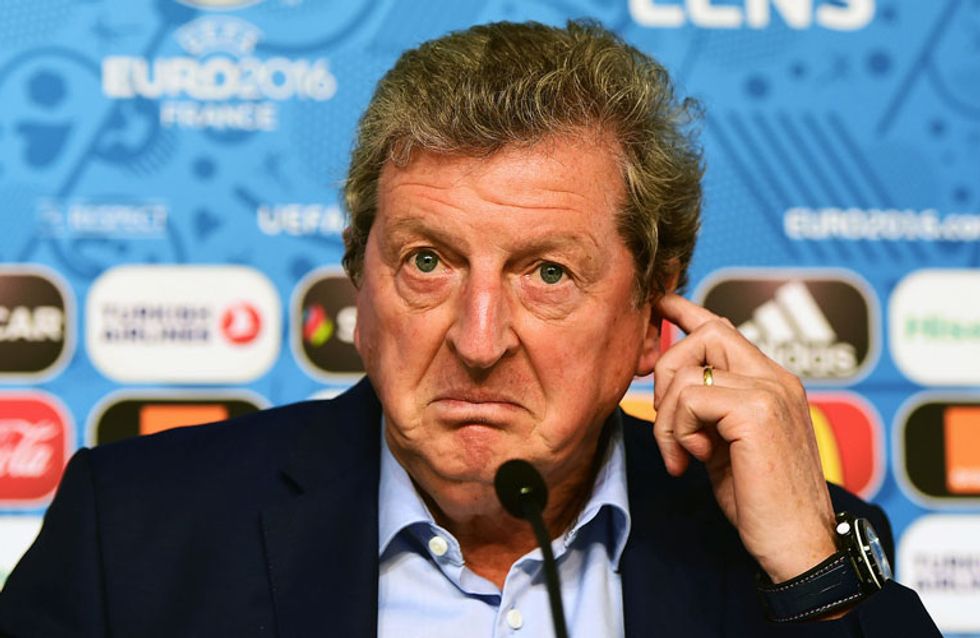 With sporting season upon us, co-habiters among us will have reluctantly signed away their TV-watching privileges to allow for their beloved significant other to watch every single football match aired on television over the next few weeks, whether you like it or not. And we all know anything can happen during 90-mins-plus of the so-called beautiful game so we're here to arm you with words of wisdom for every outcome.

You couldn't be more wrong in his eyes. If he doesn't have a bet riding on this, his pride is on the line and you're not prepared to stroke his ego when his team potentially lose.

Time is precious. Do you really think he has minutes to "waste" explaining this when you both know you're not in the slightest bit interested, it's just your attempt to make conversation?

3. Proceeding to ask: 'Was that offside?' 'What about that?' when it definitely isn't

Remember you have to share a bed with this guy.

He'll take that as a rhetoric question. There's no question about it.

6. Laughing at his team's expense

C'mon, we all make mistakes. Granted they're a lot funnier when you have x million eyes on you and are being paid stupid amounts to miss every single shot. *Cough* Harry Kane *cough*.

7. Slyly turning the match over to X trashy reality series when he leaves the room

That's what Netflix is for.

8. Mistaking players for other ones

Even if you swear Harry Kane and Eric Dier are the same person, he won't appreciate you not knowing his team's entire squad. Speaking from experience FYI.

Never judge a book by its cover and all that.

Spoiler: with big competitions like the Euros 2016, it's very likely your long-suffering partner wants to watch as many games as possible 'cos he can and it's a once-in-four-years event - something he'll regularly remind you about.

11. Disagreeing when he says the ref is wrong

Don't you remember, he's got some sort of mental certificate which qualifies him to ref an international game? Props for trying to show genuine interest though.

In your heart of hearts, you really don't as it means two things - 1. you have to endure this suffering for an extra half an hour and 2. do you really want to have to console him? You're already never going to get these 90 minutes back.

13. Telling him to sit down

Do you know how stressful this is? Big matches can only be watched leaning on a door or wall or pacing around the room.

Chances are, he's already thinking this but doesn't want you to reiterate it because he knows you speak the truth.

15. 'I can't believe they get paid so many millions to kick a ball around'

The same could be said for the entire Kardashian family and you know this is the example he'll use to back his defence.

17. Launching an elaborate rant about X friend who's currently getting right on your tits

There's a time and a place. This is not it.

18. 'Some snacks would be great right now'

If he can't be arsed to spare a few minutes to explain the off-side rule, you've got more chance of him turning the game over than going on a chocolate run.

If all else fails, offer hearty 'c'mons' at regular intervals but if that doesn't work, leave the room. It's best for both of you.

Have you ever put your foot in it during a football match? Share your stories @soFeminineUK

QUIZ: What Type of Girlfriend Are You?