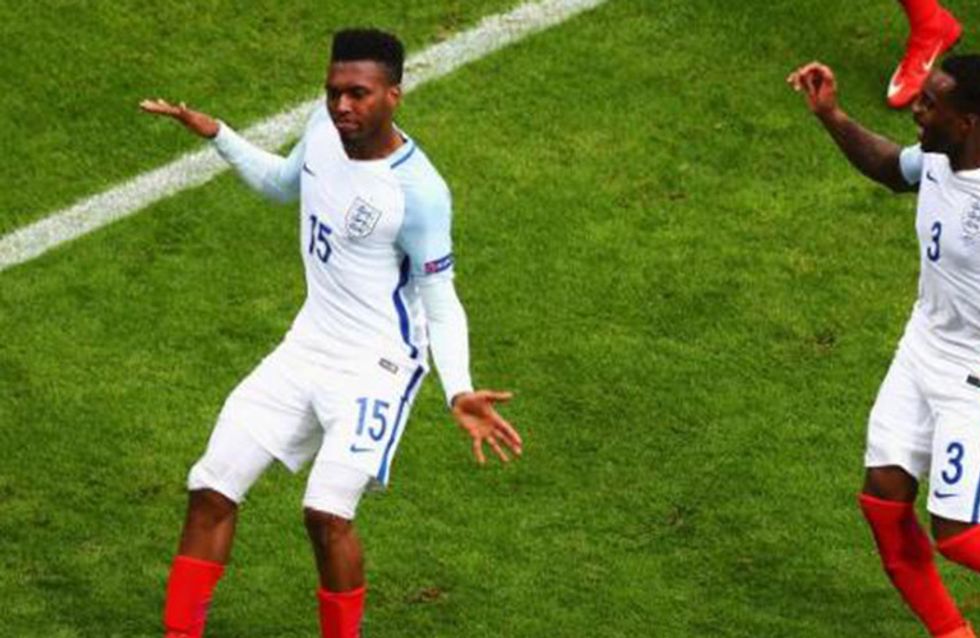 We thought the offside rule was the most confusing thing to understand - at least, that is until we heard "squeaky bum time" was a thing. So to give us girls a hope in hell of decoding the Euros 2016, we've knocked up a piece that will make your football knowledge stronger than Rooney's hair game. Gals, we give you the Euros decoded.

Ever stood in a packed pub when England are playing, listening to all the slurred Sterling rants (I mean where's his end product?) and felt a huge urge to shout something profound, something to get the people going, something that will make all the vaping fellas lift their heavy, (probably sunburnt) heads from their sloppy pints and give you a big old McCoy's-stuck-in-their-teeth grin as if to say, 'where did you learn that?'. FOMO is a horrible feeling my friend, which is why we've decoded all the lingo just in time for the Euros 2016, in the hope that we might finally understand the view that football does indeed matter... but mainly because it's a really good excuse to knock off work and go to the pub at 2pm.

​Starting with the easy stuff, OK. Remind yourself that David Beckham retired. Three years ago. Which means he probably isn't the England captain anymore. FYI it's Wayne Rooney.

Just look for the dude sat at the side lines in a blue blazer or his trusty waterproof jacket. If you can't find him, look for the owl flapping and dusting his feathers off instead.

When a player scores three goals in a single game. And probably thus wins man of the match and a bunch of celebratory willy helicopters in his face in the changing room. Lads, lads, lads.

In other words, Hart had as much chance of saving Bale's ball as Kim Kardashian has saving a word doc. Because his wrists may as well be made of Ready Brek.

Pass it from one side of the pitch to the other.

To boot the ball aimlessly down field.

​When a player has got possession of the ball but they're unable to see an attacking player behind them. By shouting 'man on' a player is made aware that a tackle is imminent.

When a player headers the ball and it falls to sh*t.

He made a great jump to header the ball.

Nope, we're not talking about the square haircuts from the likes of ya Diers and ya Kanes, (though other countries are still rounding theirs off, i.e the whole of Russia's 2016 squad), we're talking about passing the ball sideways. Which is less exciting.

​When a player shoots the ball high and wide of the goal it's said to land in row Z of the stadium. You'd need to be an owl to see it.

That was a hospital ball

It was a dangerous pass and it will hurt the player/ lead to injury. Cue grass hugging and thrashing.

This forum post explains it in shoe terms, which might sound sexist but actually makes things a whole lot clearer, for me at least. What can I say, somehow shopping (a proper sport, wahey!) is more logical to me than two guys who can't seem to figure out where they can and can't go on the pitch, DESPITE being paid 100k a week. Money can't always buy sense or even hair, but it can buy Louboutins:

You're in a shoe shop, second in the queue for the till. Behind the shop assistant on the till is a pair of shoes you have seen and you must have.The female shopper in front of you has also seen them and is eyeing them up. Both of you have forgotten your purses. It would be totally rude to push in front of the first woman if you had no money to pay for the shoes. The shop assistant remains at the till waiting. Your friend is trying on another pair of shoes at the back of the shop and sees your dilemma. She is prepared to throw her purse to you. If she does so, you can catch the purse, then walk round the other shopper and buy the shoes! At a pinch, she could throw the purse ahead of the other shopper and "whilst it is in flight" you could nip around the other shopper, catch the purse and buy the shoes! BUT, you must always remember that until the purse has "actually been thrown" it would be plain wrong to be in front of the other shopper!

Or, simply put, a player is in an offside position if he is nearer an opponent's goal line than both the ball and the second last opponent.

When a ref (the guy running around with the whistle, looking busy or angry or both) issues a yellow card.

A dive / he looked for that

​When players act out, convince the ref that the opposing player has really hurt their foot so they deserve a free kick, then proceed to take free kick with said injured foot.

When the defending team have a throw in near the corner flag (near their goal end), the attacking team shout 'box em in' to put pressure on them.

When a player kicks the ball through their opponent's legs. Also known as 'megs'.

The defense squeeze up the pitch towards the opposition's goal.

When a defender is tightly marking his attacker.

Slip through the the net

A player that didn't get picked up for pro football until later in his life. Ian Wright, for example.

So now your life is complete, you're on your own now, equipped with, not all, but a humble amount of footie slang to see you through the squeaky bum Euros. See you on the other side.

What's the funniest thing you've overheard during a football match? Tweet us @sofeminineUK!