Rugby player Danny Cipriani has been taken into hospital following a road incident in Leeds on Wednesday night. Kelly Brook's boyfriend was hit by a bus and the extent of the injuries is as yet unknown.

Kelly Brook's boyfriend Danny Cipriani was rushed to hospital last night after he was hit by a bus on a night out in Leeds.

The rugby player was out on a lads' night with his teammates when he was knocked down by a moving double-decker bus.

The incident reportedly occurred when he attempted to cross the road and misjudged the speed of the vehicle.

The collision took place on Woodhouse Lane, where he was treated at the scene for a concussion.

The 25-year-old was then taken to the hospital for a series of tests and scans.

"X-rays and scans will be carried out overnight. He’s obviously in pain.

"He was running across the road and just misjudged the speed of the bus."

Danny was in Leeds to take part in the extensive pub crawl known as the Otley Run.

He and his Sale Shark teammates were making their way through 14 different pubs around the area.

A picture that emerged from the night shows Danny with a painted face, already looking bleary-eyed despite the daylight.

Onlookers after the incident wrote some worrying posts on Twitter.

One said: "Some guy's been hit by a bus outside Leeds uni and every bit of the bus front window is smashed to pieces, imagine what the guy looks like."

Another added: "The front right corner of the bus was caved in. There were four police cars there. It was horrific."

Kelly was busy filming for the new series of Celebrity Juice at the time and was said to be unaware of any accident as she left the studio on Wednesday night.​ 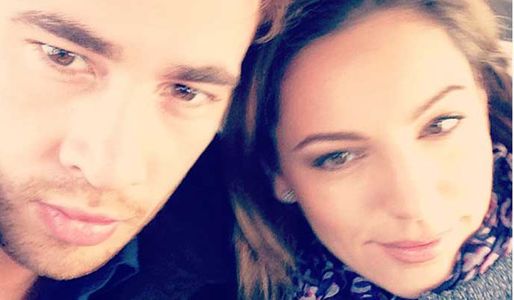