Home / Health and Fitness / Diets / Cinnamon and Honey: Key ingredients to add to your diet

Cinnamon and Honey: Key ingredients to add to your diet

by the editorial team Published on 7 March 2014 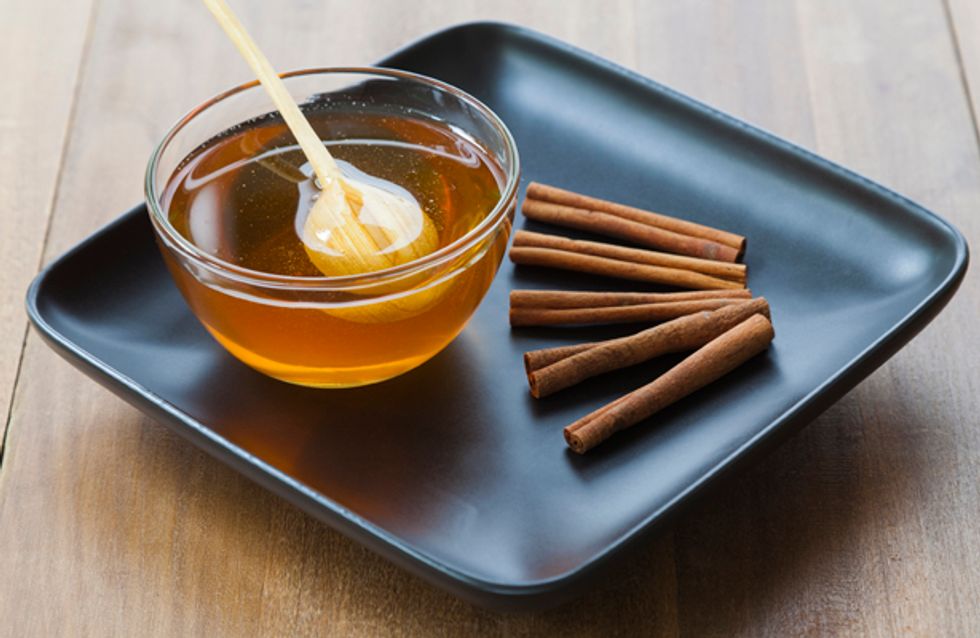 The cinnamon and honey diet has been all the rage recently with countless bloggers and dieters praising it for helping them lose weight and keep it off. But as with any new 'diet trend', we're skeptical. So is there really any truth to all the claims about this new cleanse?

There is no miracle fix when it comes to dieting, but cinnamon and honey do have certain health benefits that will have you jumping on this craze.

We spoke to registered dietitian and founder of Real Nutrition NYC, Amy Shapiro, to ask what kind of health benefits we can expect by adding these two simple ingredients to our everyday eating.

But first, what is the cinnamon and honey cleanse all about?

The Cinnamon and Honey Cleanse

Unlike other detoxes, the Cinnamon and Honey Cleanse is not about starving yourself to lose weight. Depriving your body of food is never the way to go.

Instead, its about adding something to your diet. Every morning before breakfast and night before bed, drink a cup of this special infusion on an empty stomach. Those who’ve tried it swear by the cleanse’s ability to help them lose weight and keep off the fat.

1. Put your cinnamon in a mug and pour boiling water over it. Let steep for 30 minutes.

2. Once the liquid is cool, add your honey.

Drink half of the infusion before bed, and half the morning after. Be sure to refrigerate!

Amy’s recommendation? Don’t drink too many excess calories right before bed. “Stick to 1 tsp of honey max per drink preparation,” she says. “And remember this is not a free pass to eat a burger and fries for dinner!”

Amy says there is no concrete evidence to back up the miraculous claims of weight loss due to just drinking this concoction.

“There is no science behind this supporting the Internet claims that you can lose weight without changing anything about your diet simply by drinking this ‘tea,’” Amy says, “however there is some research supporting the fact that both honey and cinnamon have helped reduce weight by preventing the accumulation of fat in the body. Honey was also subbed into the diet instead of simple sugar, not in addition to.”

How to Incorporate Cinnamon and Honey Into Your Diet

There are plenty of other ways to add cinnamon and honey into your everyday other than just drinking the cleanse tea.

Amy says, “With my clients, I recommend they incorporate cinnamon into their diet where they would usually add sweeteners for some kick. Adding it to oatmeal, coffee, tea, Greek yogurt, into baking and on top of sweet potatoes or cottage cheese as well.”

Dieters need to be a bit wary of honey, however. While it may have plenty of healthy points, it is still a source of sugar and calories. Try to keep yourself in check and only consume honey in small amounts.

Amy says, “So if they use it in place of sugar or sweeteners, I limit it to 1 tsp at a time. Clients like to add honey to yogurt, oatmeal and tea most frequently. Sadly I find many people use too much honey, and therefore the negatives often outweigh the positives.”

Don't let those health benefits go to waste! Keep your honey intake under control to keep gaining all those positive benefits.

Despite all the great things cinnamon and honey could potentially do for you, remember: there is no miracle cure for weight loss.

​Amy tells us: “There is no quick fix. If you would like to lose weight, start by following a healthy and balanced diet. Both honey and cinnamon are healthy additions to your diet, but this is not a fix it all cure.”

So, to amp up your healthy lifestyle, try out the cinnamon and honey cleanse. Or, so you don’t drink up too many calories before bed, try adding in a small bit of honey and cinnamon where you’d normally use sweeteners. A little change can sometimes go a long way!

Do you have any creative ways you add cinnamon and honey into your diet? Tweet us @sofeminineUK!

#Nutrition
From hair ideas to outifts, look no further for your daily inspiration