Superfood Of The Earth? 10 Amazing Benefits of Matcha Green Tea

Wanna know a superfood that's proven to give you everything and MORE? We've found it. Matcha green tea is more than just a superfood. It's powerhouse of antioxidants gives you sustained energy, a boosted metabolism, optimal immunity, better focus and so much more. Curious to know what else this green powder has to offer? Read on, here are the 10 amazing benefits of matcha...

Move over wheatgrass. This brightly coloured green tea powder has become the buzz food of the health world and there are no signs of it disappearing just yet. Originating in Japan, matcha green tea has been around for hundreds of years - even buddhists monks used to drink it to help them meditate and focus for long periods of time.

And yes, we've always known that green tea is good for us, but when we found out that matcha is equivalent to drinking TEN cups of green tea in one SINGLE serving, we were more than impressed. In fact, it sounded too good to be true.

From helping you lose weight, keeping you healthy and making you feel more energised and productive than you've ever thought possible, it's fair to say that this little tin deserves a spot in your fridge.

To get our facts straight and really find out what matcha green tea has to offer us we contacted top health experts to tell us just why this green tea is so damn special.

Before we get started, here are some easy fun ways to add it to your diet...

Many people who don't take well to caffeine turn to matcha because it doesn't come with the overstimulating jittering effect that some people get with coffee.

2. It has a ton of antioxidants

Grinding tea leaves between two stones and creating a fine powder is as pure as it gets when it comes to matcha green tea, but remember only matcha is grown under shade which is what gives it, it's rich chlorophyll content. But what else adds to it's nutritional value?

Teapigs co-founder, Louise Cheadle explains. "It’s a combination of the way the tea leaves are grown under the shade and the fact that you’re getting the juiciest part of the leaf.

You’re basically ingesting the whole leaf rather than the infusion. "If you imagine boiling spinach, taking it out of the water and throwing away the leaves, you’re throwing away most of the nutrients, so it's the same concept with regular green tea."

3. It can help you lose weight

Boots your metabolism! Matcha green tea contains polyphenol EGCG which is known to boost your metabolism. And with all the energy you'll get with it, you'll be ready to kick ass in the gym. Some experts recommend drinking it cold as your body will work harder to warm up thus boosting your metabolic rate. Hey, every step counts!

That's right, not only are you getting tons more antioxidants in each cup, but you're also getting more for your money. Antioxidants are critical for protecting our body against free radicals which can damage our cells and tissue causing cancer and a whole host of nasty diseases.

"​This is the reason that it's often suggested that products rich in antioxidants have an anti-ageing effects in the body, as antioxidants prevent damage to the cells. However, while there have been animal studies demonstrating beneficial effects of green tea, further studies are needed in humans to ensure this effect is replicated without side effects." One thing's for sure thought, the more antioxidants you get, the more power you have to neutralise the the bad guys!

Chlorophyll can help your body expel harmful toxins such as heavy metals (which can be found in things like fizzy drinks, deodorants, canned food and refined chocolate), restore pH balance, and cleanse and build healthy blood.

Matcha is rich in an amino acid, L-theanine - found uniquely in tea plants helping to promote peace and calm while also increasing your alertness.

​It's known to help reduce anxiety and stress by reducing your stress hormones, lowering blood pressure and calming your heart rate. Just ask the monks - they swear by it.

To keep calm, brew up a hot mug of matcha or have a matcha latte instead of your regular caffeine kick. Our favourite matcha green teas are Teapigs Organic Matcha Powder or Chinalife's Ceremonial Matcha Powder - both the best of it's kind.

If you're new to matcha, try one of Teapigs Matcha Green Tea Drinks blended with elderflower water, grapefruit or apple juice. Great when you're on-the-go or if you're total newbie to green tea! 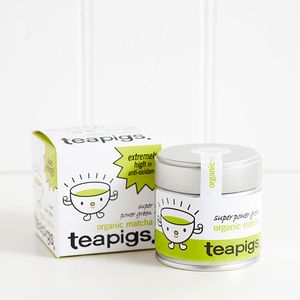 7. It can help fight cancer

And because of it's potency, it has even been found to help fight off cancer. That's right ladies. Many lab studies have found that polyphenols help prevent DNA damage, kill cancer cells and even stop them from growing.

"The effects of tea and green tea catechins on reducing oxidative damage to cells appears promising and consumption of tea, green tea and matcha along with a healthy diet and lifestyle may help contribute to slowing the ageing process", says Muriel. What more could you want?

8. It helps you concentrate

If monks could meditate for hours on end thanks to green tea then it's worth giving a shot, right?

The L-theanine in matcha helps promote alpha brain waves which NOT only helping you feel calm and stress free but also focused and alert.

Louise says, "Matcha gives you the energy to stay focused and stay calm for 4-6 hours as apposed to having a massive spike and slump that you get with regular caffeine.

"​While we're converting tea drinkers into matcha we've also found we’re also converting coffee drinkers too. If they have this instead, they almost always find it gives them a much better energy level that lasts."

Ingesting the whole leaf means you're getting antioxidants, minerals, vitamins A, B-complex, C, E, and K and dietary fibres. So you can imagine how powerful your immune system can be with just a shot of this goodness.

Not only do athletes love it, but those who work long hours such as nurses, bankers and shift workers also swear by matcha to help keep them going. For a touch of matcha love, sip on Pukka's Supreme Matcha Green blend infused with three immune boosting whole leaf greens. We love it!

The best thing about it? You can pretty much add it into anything without compromising it's taste!

In fact it's one of the very few superfoods that actually taste delicious! Louise says, "I quite often sprinkle it in yoghurt, have it in porridge or as a hot tea - but make sure the water is about 80 degrees - not boiling. And use a whisk to avoid it getting clumpy."

Enjoy it any way you'd like! Sip as a latte, tea or smoothie, or just add a teaspoon of it to your brekkie or baked goods. The colour is pretty amazing too!

Keep your matcha in the fridge to help retain it's freshness and don't forget to keep it in an air tight container! Generally matcha sold in tins are better than packets as the freshness and quality are better kept.

Louise warns against buying faux matcha powder, i.e. just plain green tea powder. They look the same but the difference is that it doesn't come with the same health benefits as a whole grade matcha does.

Louise says, "There are loads of places that are grinding up green tea leaves and selling it, but the process of making matcha is that the leaves are grown in a certain way (under the shade) which means that the tea bushes get really stressed because they’re starved of light and ​​it increases their chlorophyll content giving it it's added health benefits".

​So be careful before you buy and make sure it clearly states it's 'organic matcha powder' and not just a knock of green tea.

Some fun and delicious ways to add matcha to your diet... 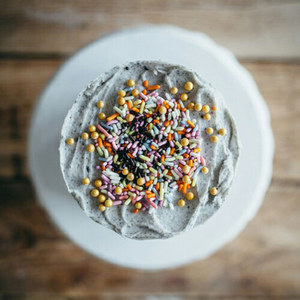 The World's Healthiest Food? 10 Reasons You Can Live Off Avocados Alone

Vivian KELLY
…
108 shares
From hair ideas to outifts, look no further for your daily inspiration

Positive Quotes To Get You Through Your Day

17 Celebs Who Have Spoken Out About Their Mental Health

The Most Nutritious Superfood On Earth? 12 Amazing Health Benefits Of Spirulina