by Vivian KELLY Published on 4 December 2014 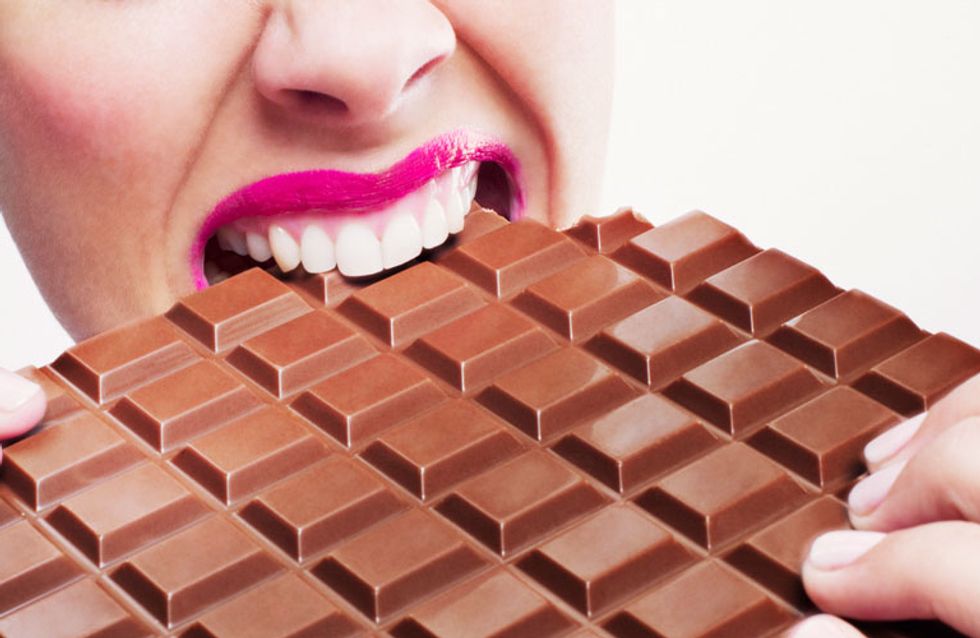 Ladies get rid of your diet books and throw away those diet pills, THIS is the new trick to fighting flab! New research has found that restricting your eating times to an 8 hour window can make a WORLD of a difference when it comes to being healthy and losing weight. And we're not kidding...

Scientists in California (of course!) found that restricting the times you eat CAN in fact help you shed weight faster than those who eat throughout the whole day.

The best part? According to their findings you can still eat whatever you want - including that chocolate binge!

Researchers believe that by restricting the times you eat and by following a regular schedule your body is able to predict and adjust when it needs to be burning calories. In other words, the more aware your body is, the better it gets at burning off calories.

The study conducted at Salk Institute in California fed mice a high fat diet within an 8-hour window and found that they were both healthier and slimmer than those who had the same amount of calories throughout the day!

The leader of the study, Professor Satchin Panda, says, "Most of the advice is, 'You have to change nutrition, you have to eat a healthy diet'.

So the question is, without access to a healthy diet, can they still practise time-restricted feeding and reap some benefit?"

We found that animals fed within a window of eight to 12 hours had a number of protective and therapeutic health benefits compared with animals allowed to eat the same number of calories from the same food source at any time."

The study also found that a small lapse in your diet won’t do any harm either. So if you cheat it’s not the end of the world! Sounds like a pretty good deal to us...

Are you going to try the 8-hour diet? Tweet us @sofeminineUK!

The Gift Of Life: 14 Good Reasons To Donate Blood This Season

Crash Dieting May Not Be As Bad As You Think