by Cliche Wynter Published on 6 March 2014 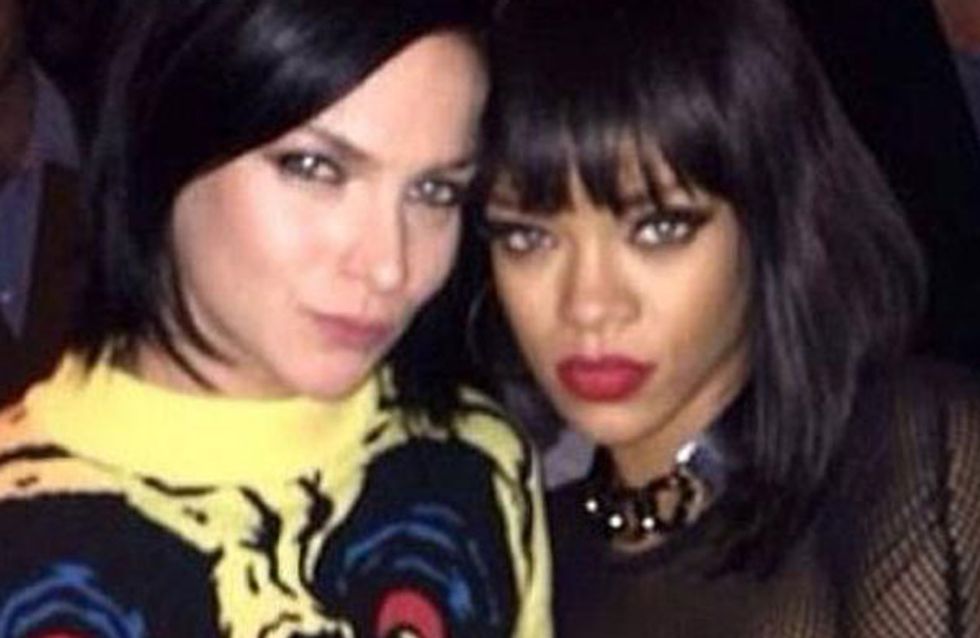 We're always excited to see what the cool crowd will bring out during Fashion Week. One thing is for sure: there's never a dull moment. From the champagne swigging, front row spotting, enviably beautiful models, and fabulous runway looks, fashion week gives us so much style fodder we're bursting at the seams. This season, the folks over in Paris kept us talking.

From the streets of New York City, to the boulevards of Paris, Fashion Week is always an exciting time for the glitterati and onlookers alike. Without a doubt, everyone is always on their best (or worst) behaviour; ensuring countless memorable moments. This season, Paris Fashion Week really upped their game by keeping us in a state of non-stop chatter. Here are 7 OMG! moments we won't soon be forgetting.

1. Rihanna flashes her boobs at the Balmain after party

Rihanna has to be our favourite risk taker! After attending the Balmain Fall 2014 fashion show, RiRi headed to the after party at Crazy Horse wearing a fishnet Wolford bodysuit sans bra. That'll get 'em talking! We're pretty sure only she could pull this look off with style and grace.

If you ever doubted it before, rest assured that Kendall Jenner is a legit model! After stirring up a frenzy at New York Fashion Week, the busy teen jetted to Paris to walk the Givenchy and Chanel runway. Does it get any better than that? Nope.

We're not going to lie, we're a bit jealous of the Chanel Fall 2014 show attendees. After the luxury brand revealed its latest collection (complete with a supermarket theme) guests were allowed to take home props. As you can imagine, things got a little wild.

4. Anna Wintour gets booted to second row at Valentino

We never thought we'd see the day where Anna Wintour sat anywhere but front row. But alas, that day has come. The fashion heavyweight was given the cold shoulder at the Valentino Fall 2014 show - or so we initially thought. As it turns out, seating was limited this season, so Anna most likely offered her front and centre spot to another Vogue writer covering the collection.

When Marc Jacobs stepped down as creative director of Louis Vuitton, it was undoubtedly the end of an era. Nicolas Ghesquière was soon named his successor; keeping the fashion world abuzz. His inaugural collection was hotly anticipated, and did not disappoint. Just look at the texture play!

Pretty soon we're going to need Lupita Nyong'o to stop being so perfect. While attending the Miu Miu show, she took a few selfies that might as well be posted up in a magazine. #nofilter

Many women would be terrified to sport black lipstick outside of Halloween, but not Rihanna! She made the ghoulish lip shade look effortlessly chic. Love it!

What moments had you talking from Paris Fashion Week? Tweet us @sofeminineUK

Gianni, Donatella and Elizabeth Taylor
by the editorial team