by the editorial team Published on 25 February 2009 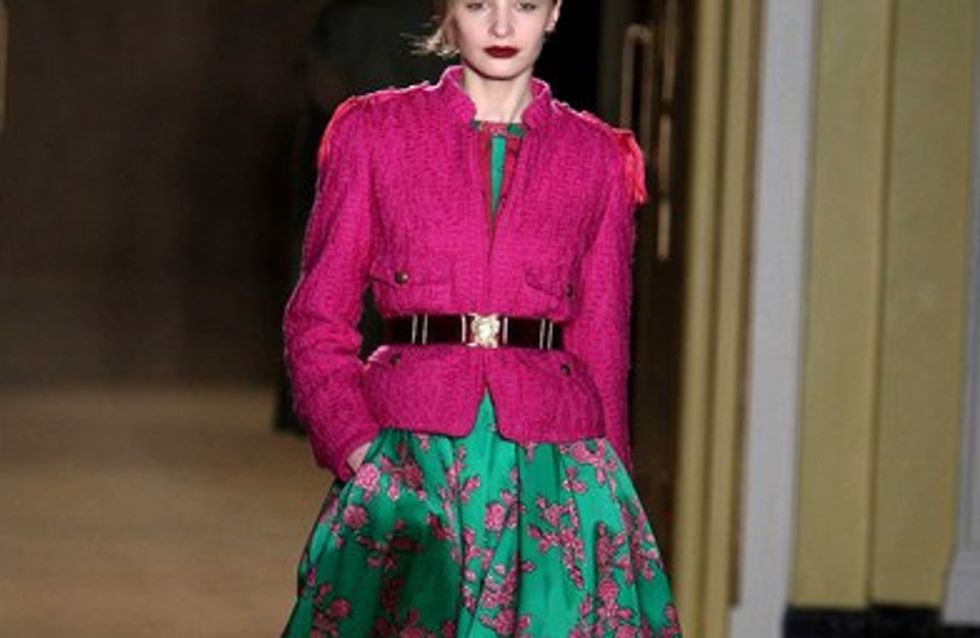 Paul Smith showed a collection that combined his trademark stripes, Fair Isle knits, Harris tweeds, English roses and all the classics of his quintessentially British style with a new military influence. Masculine greens and khakis were given a feminine twist with costume jewellery and accessories worn as sashes, around the waist or on the shoulder. Backstage at Claridges before the show, Peter Gray summed it up perfectly when he told us: “The best thing about working with Paul Smith is that he thinks it’s not a creative recession.”

Like us on Facebook!
You might also like
Donatella Versace: the designer, with friends, who revolutionised the fashion world
by the editorial team
The brands that celebrate diversity and break the codes of beauty
by Amy Denman
Kylie Jenner's fashion highlights
by Amy Denman
Models who break the standards of beauty
by Charlotte Hoddge
The most daring dresses worn at the Golden Globe Awards
by Charlotte Hoddge
When Runway Models Fall On The Catwalk!
by the editorial team
Meghan Markles best fashion moments throughout the years
by Charlotte Hoddge
Winnie Harlow: Model, Activist & All Round Babe
by Lareese Craig
Free The Nipple! The Celebrities Who Love To Go Braless
by Rose Adams
Celebrities At Glastonbury Through The Years
by Helen Turnbull