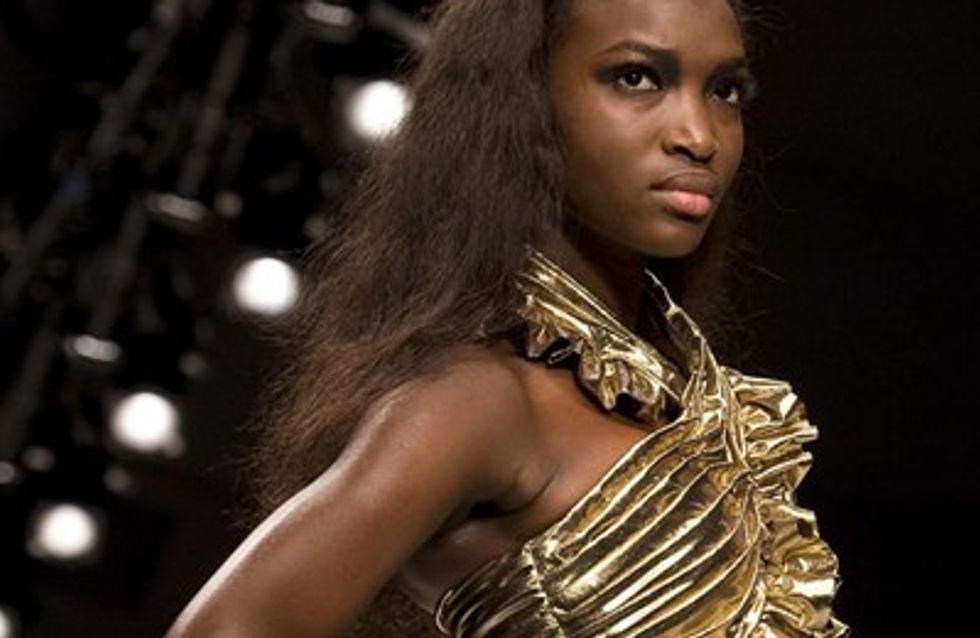 What stood out at PPQ was the colour palette and not for ground-breaking edginess but for its simplicity. It was black and gold - everywhere. The autumn/winter collection rolled out this year by designers Amy Molyneaux and Percy Parker was almost exclusively realised in these two colours.

Tones and textures were layered together in black always with the same precious metal accent on the side.

For a label known for being daring and edgy, this year’s collection was relatively straightforward and (compared to some of the others walking down the catwalk at Somerset House) quite wearable in style.

For an autumn/winter collection it was heavy on the mini-dresses and shorts - wearable, maybe, but for a British November? Maybe in the northern counties?