by the editorial team Published on 20 September 2009 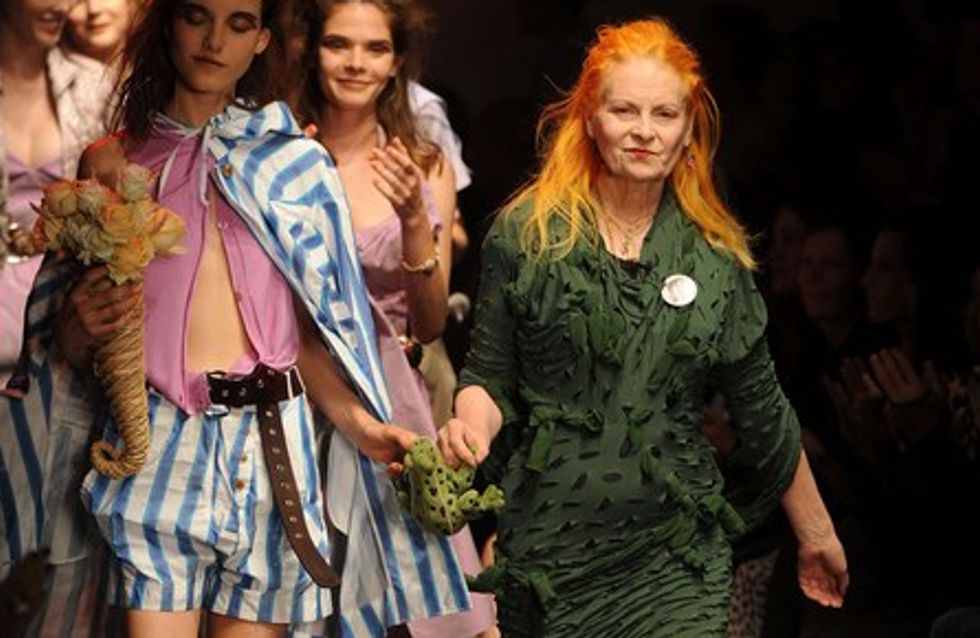 As you might expect, Vivienne Westwood's Red Label show featured an eclectic front row including Westwood model Tracey Emin, Geri Halliwell, Joss Stone and Skin. Based in what was formerly a Post Office sorting office, the show was a breezy country affair celebrating the uncrowned queen of British fashion's love of her country.

Accessories included hats, earrings, parasols and horns all woven from straw (possibly inspired by traditional corn dollies) and looped belts. Westwood re-interprets and explores tailoring in bold pinstripe suits and striped single-shouldered shirt dresses belted at the waist and teamed with shocking pink shorts which look like over-sized pants. The traditional tailored skirt with a side spilt has been given an angular cut and a striped blazer has been 'Westwoodised' by being fused with a waistcoat.