Cara Delevingne "dropped" by H&M as they confirm: "She is not a model with us" 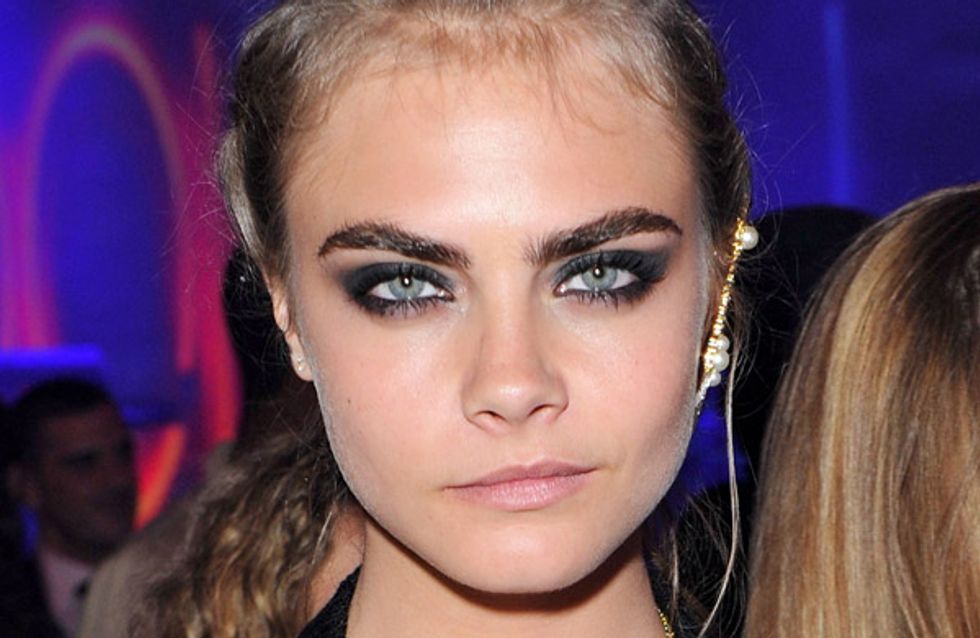 Barely a day goes by without Cara Delevingne making headlines for her model prowess and party-hard lifestyle, but a public sacking is one thing we never expected to feature on her fashion CV. High street store H&M has confirmed they are no longer working with the big-browed model. Gulp - heels off, frowns out.

Designers and shops are usually falling over themselves to make Cara Delevingne the face of their campaigns, but high street store H&M is certainly not one of them.

Over the last few months we've seen her posing up a storm for DKNY and getting cosy with owls for Mulberry.

But back in May an unfortunate photograph of Cara dropping a suspicious white package sparked a drug scandal. Could this have been H&M's get out clause?

She might be miss popular among fashion faves Burberry and Chanel, but that hasn't stopped the Swedish brand from scrubbing her name off their call sheet.

A spokeswoman for H&M confirmed to The Sun on Sunday that they are no longer working with the 20-year-old big-browed model.

She said: "She is not a model with us and I think there was a misunderstanding that she was the face of H&M. We just used her for the show."

Although she has never officially been recruited as the face of the brand, the British beauty worked with them on their autumn collection in 2011 and has since walked for them in Paris Fashion Week.

The spokeswoman added that H&M had "no particular reason" to use Cara’s services at any point in the foreseeable future.

H&M has made no secret of their strict zero tolerance drugs policy, so it's no wonder they were less than happy with THAT photo.

With her model profile going from strength to strength, we suspect this is a real blow for Cara. Fingers crossed it won't create too much of a dent in her career.

Chin up wifey, you're still queen of the power brow.

Was H&M right to give Cara the boot? Tweet us @sofeminineuk