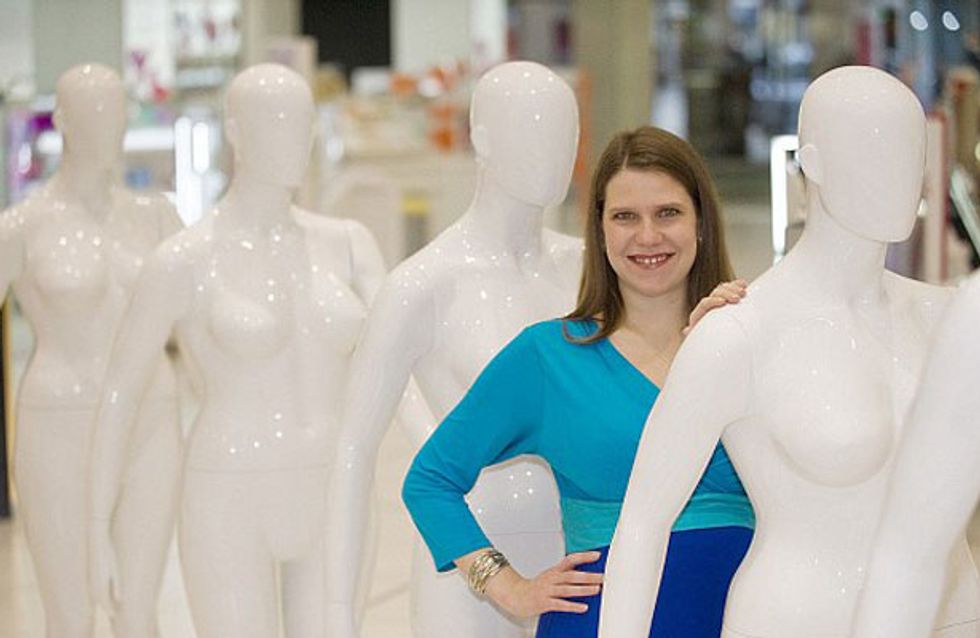 Sick of seeing size tiny mannequins in shop windows? You're not the only one. Debenhams have just launched an initiative that ensures their visual merchandising reflects women's true body shapes. Say bye-bye to the slimmed down dummy shape and hello to the size 16 mannequin.

After piloting the scheme in 2010 Debenhams will now be featuring their size 16 mannequins throughout their stores.

For once we can go shopping and not feel second best next to plastic super girls outside, perfectly dressed without a curve (or a little roll) in sight.

The new dummies will appear alongside size 10 dummies on all women's fashion floors, before being rolled out across all 170 of Debenhams' UK stores.

Debenhams director Ed Watson said: "The average British woman is a size 16, but the high street has been showing them clothing on a mannequin that is three sizes smaller - until now.

"Having worked on this project for three years, we hope that it will help people in some small way to feel comfortable about their bodies and, crucially, that other retailers will follow."

For once the mannequins reflect real life body shapes and we can judge clothes - dare we say it - without needing to try them on!

Whether you're busty, hourglass or just plain bootilicious like Beyonce it's good to walk into a shop and know the clothes are being modelled on real body shapes.

"We’ve developed our own range of size 16 mannequins to sit alongside our usual size ten dummies. We felt it was important to better represent what real women actually look like when advertising our clothes," said Ed Watson. Hear, hear.

Earlier this year the retailer pledged to stop using airbrushed models for their product shots and told rivals they had a moral obligation to stop airbrushing. We love Debos!

Congrats Debenhams you're fast becoming our fave store in town! Let's see how many others lead by your good example! It's a good day for fashion.

What's your verdict on the size 16 mannequins? Tweet us @sofeminineuk

A collection for all
by the editorial team