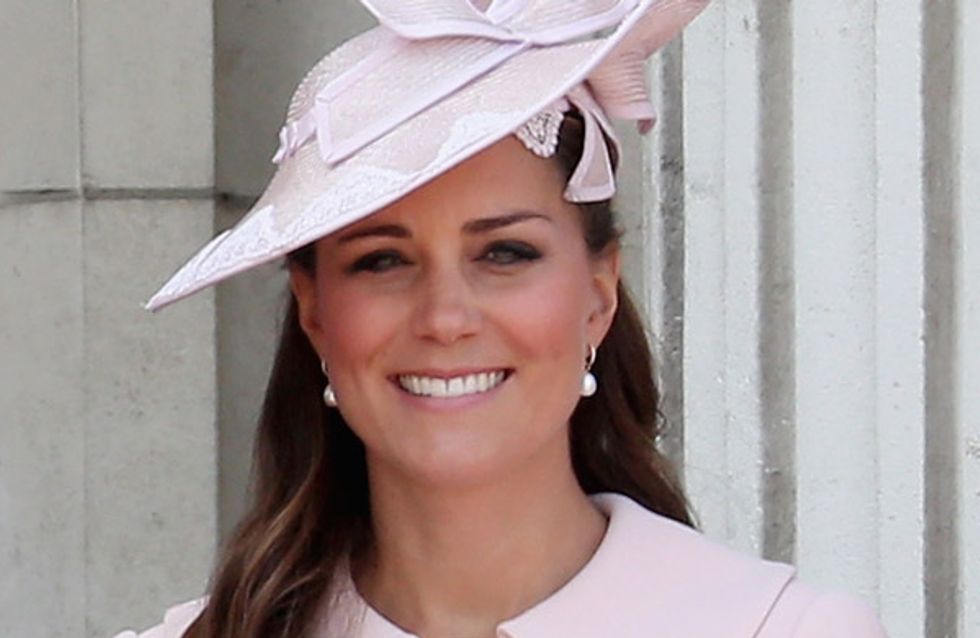 With the birth of her son baby George Alexander Louis, Kate Middleton mania was bound to be at an all time high. Just two weeks after becoming a mum she's already stealing Angelina Jolie's thunder as fashion voters name her the most fashionable celebrity mother. Yummy mummies have got some royal competition on their hands...

Despite giving birth to her son just two weeks ago, Kate Middleton is already topping best-dressed mum polls - but after her flawless post-pregnancy reveal outside the Lindo Wing, are we really surprised?

Little more than 24 hours after delivering her first child, Kate, 31, stepped out to face the public like she'd just stepped off a yacht.

Blow-dried to perfection and impeccably dressed in her Jenny Packham frock, she made giving birth look like the most glamorous experience on earth.

On the back of this, FashionPerks.co.uk surveyed its customers to find out which celeb mums came up trumps in the style stakes - and which were lagging behind.

At the other end of the style scale was Kerry Katona, Katie Price and even Kim Kardashian - though the US reality star made it onto both the best and worst dressed list.

Max Bramwell, spokesman for FashionPerks.co.uk, said: "It's testament to how dearly the British public hold the Duchess of Cambridge to their hearts.

"She's only been a mother for a matter of weeks, and had barely been seen in public since the birth, yet people are still drawing on her example for inspiration."

Topping polls is no new thing for K-Middy, with her much sought after tresses and dresses she was bound to make it onto the most fashionable mums list as soon as George arrived.

Max added: "She was stylishly dressed before her pregnancy, looked fantastic in maternity wear despite her well-publicised problems with illness, and now the British public expect her to be very much the fashion icon for the coming years."

Do you think Kate Middleton deserved her latest fashion title? Or was Angelina Jolie royally robbed? Tweet us @sofeminineuk