by Lareese Craig Published on 17 October 2013 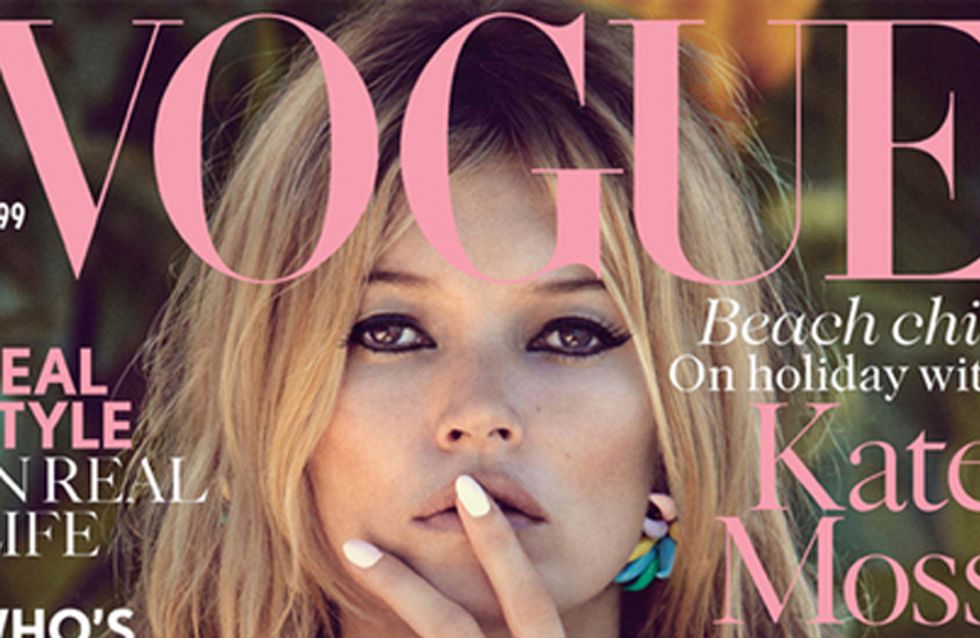 Catwalks, cover shoots, campaigns - these are all the things we'd usually associate with Kate Moss, but fashion journalist? Not so much. But the London supermodel is set to join British Vogue as their Contributing Fashion Editor for the Spring issue, and as beautifully baffling as that sounds we can't imagine her penning a magazine article. Roll on the read.

So, Kate Moss is trying her hand at fashion journalism with none other than British Vogue - enter the how, what, why questions.

The 39-year-old super has decided to find out what life is like on the other side of the runway as she makes her debut as the Contributing Fashion Editor of Vogue's Spring issue.

Call us cynics but we can't help but question her creative direction as a mere fashion stunt. Rimmel campaigns, 33 British Vogue covers, St Tropez shoots and BFFs with Stella McCartney, sure, but an editor?

With her remarkable career there's no denying she's got heaps of experience when it comes to fashion shoots, styling and directing but as for her writing skills... we'll leave that up to the Vogue wordsmiths.

It's not the first time Kate has got involved with the famed title, in 2005 she guest-edited an edition of Vogue Paris so let's hope she gets well into the swing of things for her Spring spread.

Vogue editor Alexandra Shulman said: "I am absolutely delighted that Kate is going to work with us in this new role.

"Her undoubtedly brilliant sense of style, depth of fashion knowledge and understanding of what makes a wonderful image will be exciting to see on the pages of British Vogue. I am really looking forward to working with her on ideas."

It's been quite a whirlwind of a month for Mossy since it was announced earlier in October that she will be collaborating with Topshop once again. Squeal. Who knows what other news will break come November!

What do you think of Kate Moss's Editor role? Are we underestimating her creative flare? Tweet us your thoughts @sofeminineuk