by Ursula Dewey Published on 25 September 2013 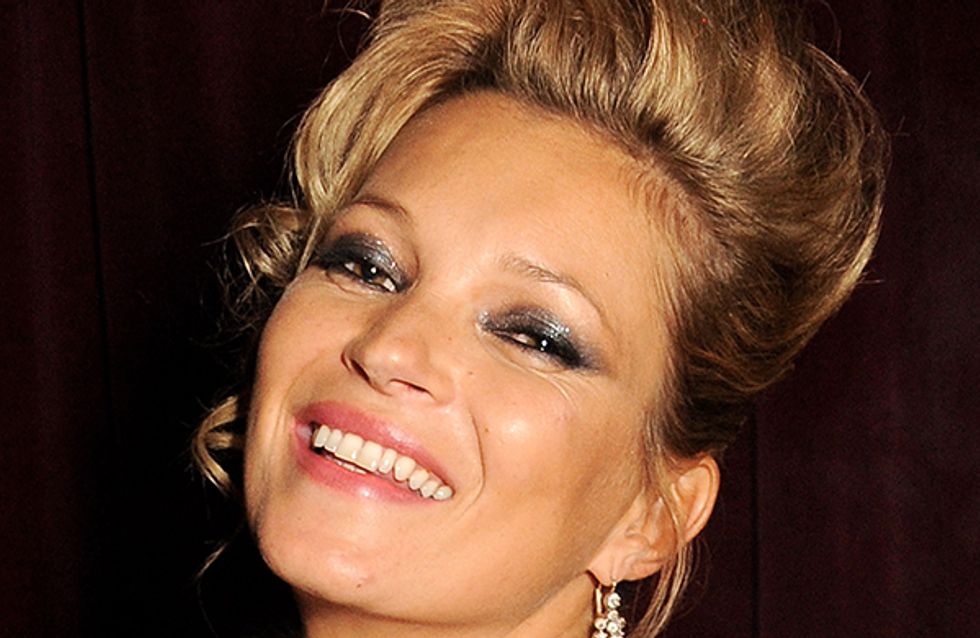 Yep, Kate Moss, the iconic model who hardly ever gives any interview voice time has ended up releasing her very own single where you can hear her dulcet tones for minutes on end. Well, kind of...

Kate Moss has ended up on a new single mixed by DJ/producer Brendan Fallis and Andrew Watt.

In fact rather than singing Cara Delevingne style, Kate Moss speaks throughout the track, talking about everything from traffic to thigh high boots, short skirts and walking down the street...

Her words come from an interview she did talking about her Stuart Weitzman campaign for autumn 2014, but when they're cut up and edited over the urban beat there's no doubt that this girl makes some sweet music.

We're slightly obsessed with the saxophone melody and her fashion advice tips voiced over the tune. There's a distinctly 90s vibe about the track - totally fitting for the most famous 90s model of all time.

We defo weren't in need of another reason to heart Kate Moss, but this single, titled Day and All Night has just vamped up our obsession by another notch.

Listen to the track below and mark our words - by the end of it you will be tempted to invest in some thigh high boots. Trust Kate, after all, fashion's first lady says: "It's a good look."