by Lareese Craig Published on 21 August 2013 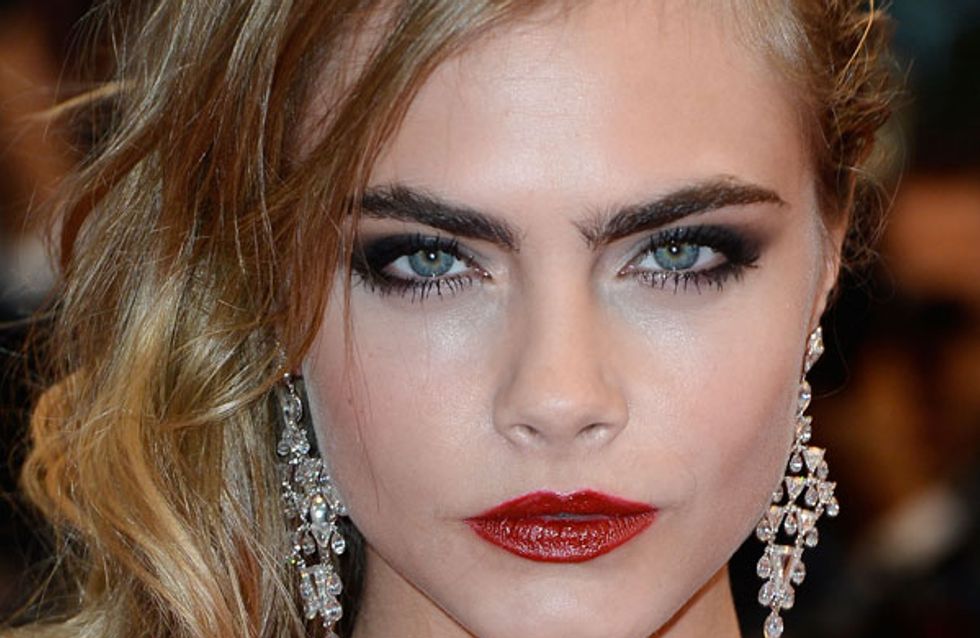 Cara Delevingne's made no secret of her love for music and hopes of recording an album but you know what they say - actions speak louder than words. The model maven's finally hit the recording studio with Will Heard. The verdict? Pitch perfect. What do ya know, the girl CAN sing.

With gal pals like Rihanna and Rita Ora it was only a matter of time before Cara Delevingne stole the mic and started practising her scales.

The fashion queen's finally hit the recording studio with childhood pal Will Heard, after months of 'I want to break into music' talk.

She's made no secret of her desire to venture into the vocal realms and now she's ready to share her ooooohs and la la la's with the world.

In a soulful rendition of Sonnentanz (The sun don't shine) Miss Delevingne demos her sultry backing vocals for a whole four and a half minutes.

Will said about his new singing partner: "I've known Cara since we were both 14/15, through mutual friends. Her vocal is really understated and what she does with it is unique, not what you would typically expect.

"Also, her guitar skills are ridiculously good and she’s great fun to jam with." So she models, sings, plays guitar and drums. Is there anything that girl can't do?

Hitting the high notes and adjusting her ear piece like a pro, Cara takes the acoustic harmonies in her stride - maybe she's picked up a few tips from singer pals Ri-Ri and Rita Ora. There's not a flat note to be heard.

Perhaps crashing Rita's performance at DKNY's party in June was a good idea after all.

The sun don't shine without you Cara! Can we be next in line to join you for a duet?

Will you be buying her album when it hits iTunes? Tweet us @sofeminineuk