by Lareese Craig Published on 3 July 2013 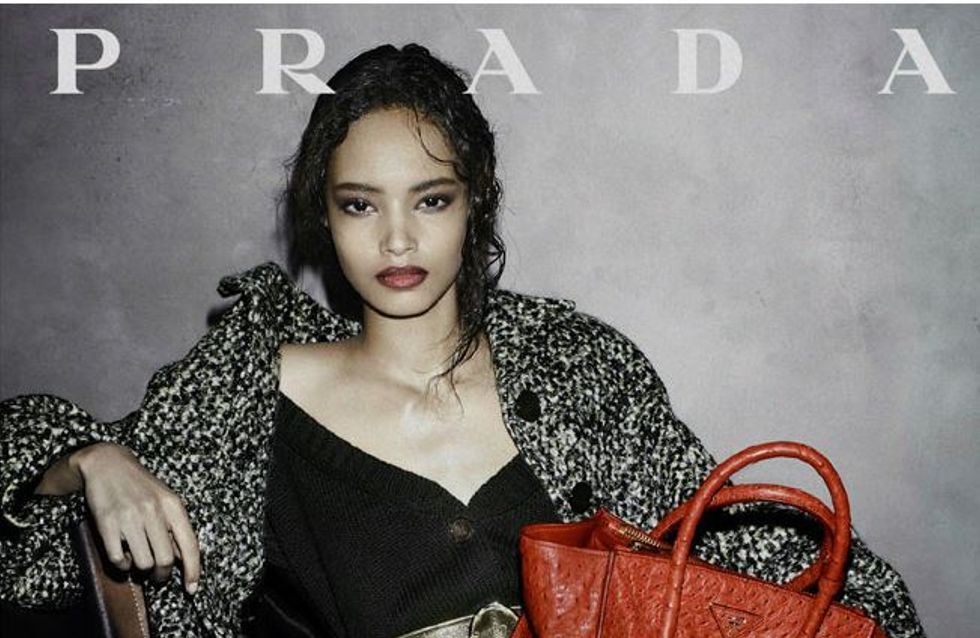 There’s a new model on the scene and she goes by the name of Malaika Firth. The Essex girl has just landed her first ever campaign as the face of Prada’s AW13 collection and is definitely one to watch. With a Prada campaign behind her and those lovely long limbs, could we be any more jel?

Kenyan and British model, Malaika Firth from Essex has just embarked upon the most exciting journey in her career to date.

The 19-year-old has just landed her first ever fashion campaign and it happens to be with the high fashion house Prada – what a way to kick-start your fashion resume.

Not only is this the first campaign in her modelling career but she is also the first black face of the brand since Naomi Campbell fronted one for the brand back in 1994. She’s already a trailblazer then.

Malaika said it was “great” to follow in the footsteps of Campbell, who was “an inspiration to lots of girls [...] It’s important because I’m mixed ... British and African, I think it’s amazing I can bring both together.”

Talking about her Prada campaign Malaika said: 'It was such a wonderful experience and an honour to work with Steven Meisel. He is a true professional and made me feel at ease on the shoot.”

In the smouldering photo shoot the Kenyan queen is draped in a dog-tooth printed coat, a leather pencil skirt and a plunging lightweight knit. She certainly knows how to pose for the camera.

Malaika was signed up by Premier Model Management on the spot when she was 16-years-old. Founder of the company, Carole White said: “We’re just so proud and excited for her as she’s the first black model since Naomi to front a Prada campaign since 1994. She’s going to do great things.”

We’re excited to see what's next for Malaika – could Cara Delevingne have a new model rival to contend with?

The beauty of all skins
by the editorial team

A collection for all
by the editorial team