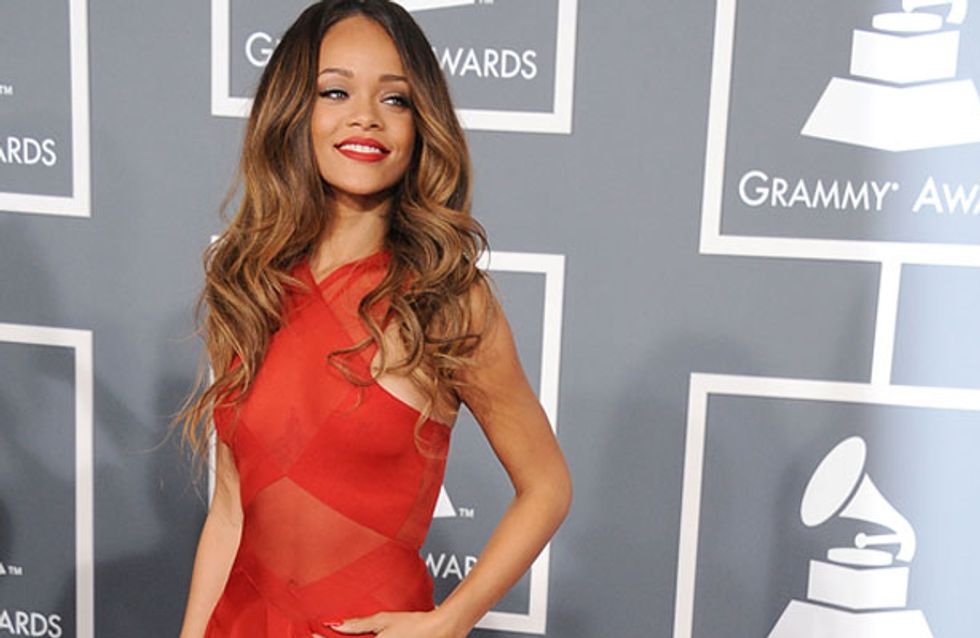 Whether you're a huge fan of Rihanna or not, one thing is hard to deny: the girl kills it in the fashion department. And it's not just us that think so. The CFDA have taken notice of the singer's impeccable sartorial taste by choosing to honor her with The Fashion Icon Award at their upcoming June 2 ceremony. So lets have a look why...

Whether she's owning triple denim or wearing not that much at all, there's not much that Rihanna can't rock or a boundary that she won't push with her fashion statements.

As Steven Kolb, CEO of CFDA says: "We are proud to present Rihanna with the CFDA Fashion Icon Award for her impact on the industry as fashion's most exciting ambassador in recent memory."

We couldn't agree more! Here are ten looks that prove Rihanna more than deserves the title.

You know you're a fashion goddess when you have Balmain creative director, Olivier Rousteing, bowing in your presence. RiRi kicked off #PaRIH Fashion Week wearing a sick green ensemble from the label.

2013- Azzedine Alaia at the Grammy Awards

The usually risqué Rihanna surprised everyone when she arrived at the 2013 Grammy Awards wearing a breathtaking custom Azzedine Alaia dress. Red. Hot.

Rihanna showed everyone just how cool and sexy tomboy chic can look. She gets extra points for her bold blue lip!

A very avant-garde look was on the menu for RiRi as she performed at the 2012 Victoria's Secret Fashion Show in a Vivienne Westwood dress. Punk rock chic with an urban edge? She nails it.

2011- Stella McCartney at the Met Gala

Not only was she rocking her signature Rihanna red 'do, she helped kickoff the mesh panel trend that's still going strong today!

While Rihanna is an infamous hair chameleon, we were particularly smitten with her blonde chopped 'do paired with a black Alexandre Vaultier suit at the 2009 Vevo launch event.

We had a full on shoegasm when we spotted Ri rocking these Balenciaga Spring 2008 Gladiator Boots! We absolutely still need these.

2007- Gucci at A Night to Benefit Raising Malawi and UNICEF

Can a girl ever go wrong in Gucci? Answer: no.

Even way back in 2006 the bad gal wasn't afraid to embrace her sexy side. The look was daring, yet didn't skew scandalous.

What are some of your favorite Rihanna looks? Tweet us @sofeminineUK!