by Lareese Craig Published on 3 June 2013 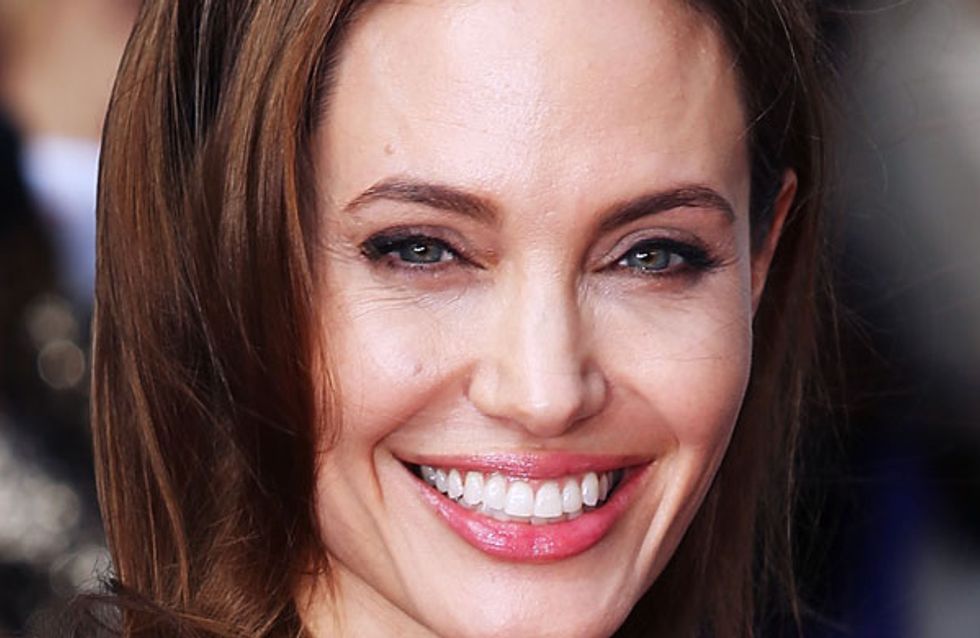 It’s been a turbulent few months for Angelina Jolie after she made the brave decision to speak out about her double mastectomy and now in her first public appearance since going public she looks happier and healthier than ever - dazzling on the red carpet in a YSL dress.

Last month Angelina Jolie revealed the news that she had undergone a preventative double mastectomy after discovering she carries the BRCA1 gene, which increases the risk of developing breast and ovarian cancer.

But in her first public appearance since revealing her decision the flawless actress shows no signs of hardship.

Featuring a sheer mesh panel and cut out back the designer ensemble made sure Angelina was nothing less than premiere perfect.

With her tattoos proudly on show the actress was radiant and relaxed in the perfect comeback dress.

Jolie told the BBC: “I’ve been very happy just to see the discussion about women’s health expanded, and that means the world to me. After losing my mom to these issues, I’m very grateful for it.”

Smiling from ear to ear, Angelina opted for a subtle pink lip and a lick of mascara for an understated drama look.

She kept her shoulder-sweeping tresses loose and long for the premier event and styled her look with a simple bracelet duo.

Husband Brad Pitt spoke of his wife’s untiring courage: “I get a little emotional about it, because of just the act itself, what she did for our family, and then telling her story to others,” he told the BBC.

Aw, they're quite possibly the cutest couple in showbiz. We can't wait for the wedding bells to chime.