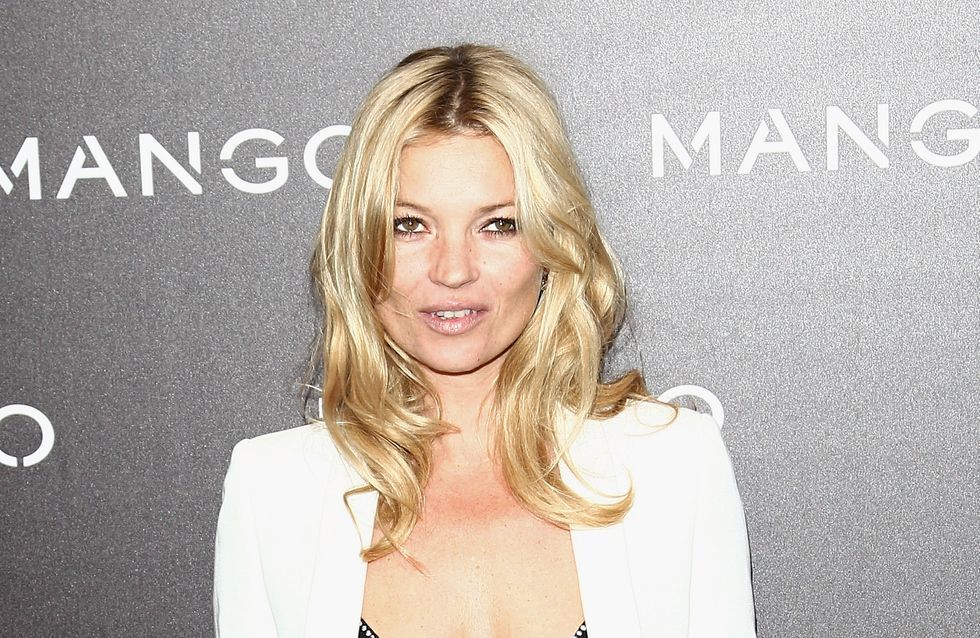 There have been rumours flying in the fashion world for months that Kate Moss has posed in a top secret shoot for Playboy. But now her hairdresser Oribe reveals the reports are true and we will in fact see Mossy grace the front cover come January. Blush blush.

Model crush Kate Moss has just celebrated her silver jubilee after spending 25 successful years in the industry, but she’s never got her kit off for Playboy before - until now.

Celebrity stylist Oribe has let slip to Refinery 29 that Kate has already shot her steamy spread and cover photo for the magazine’s 60th anniversary issue, which is due out in January 2014.

And Oribe would know, as he's the one who styled 39-year-old Kate's hair for the shoot.

Kate joins her model-pals Naomi Campbell and Elle Macpherson, who have previously turned their posing talents to Hugh Hefner’s bible.

With over 300 cover shots and beauty campaigns aplenty, it’s no surprise Mr Hefner wanted Kate to grace the front page of his Playboy empire.

The top model is hardly camera-shy when it comes to being in the buff, so we wouldn't be surprised if her shoot was full-frontal nudity (tastefully done of course).

After posing topless with Rihanna earlier this year for V Magazine and showing off her all-over golden-goddess tan in her recent St Tropez campaign, she’s certainly no newbie to naked editorials.