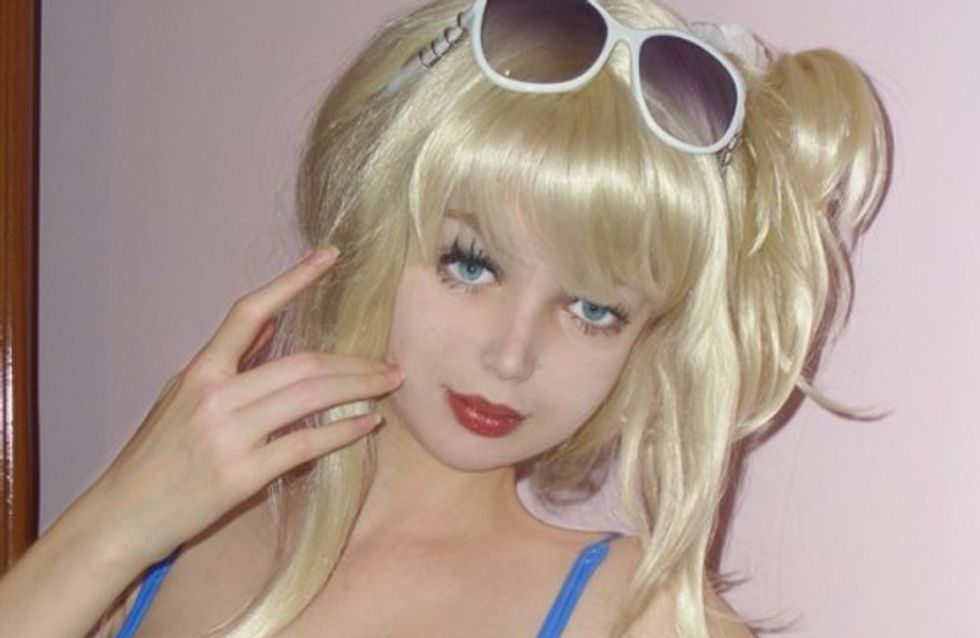 So we've had 'Normal' and 'Entrepreneur' Barbie in the news recently, but now it's time for the slightly insane, fairly racist Human Barbies to rear their overly preened heads yet again. This week, 16 year-old Lolita Richi came onto the scene as the youngest human Barbie out there - congratulations. But is life striving to be brainless and shopping all day as great as they say? We investigate.

While we agree that Barbie has it pretty damn good; how many dolls can say they've been into outer-space, opened their own business and bagged a babe like Ken? The real-life versions have left us angry, cringing and just kind of sad...

From Valeria Lukyyanova opting to live on a wholesome diet of air, to Blondie Bennett getting real-life hypnosis to become totally 'brainless', we've come to the conclusion that human barbie will never, ever be the fun-loving BFF of our childhood day-dreams.

So is there anything to be learned from the lives of these human barbies - other than confirming we're really glad we're not human barbies? These top quotes to prove that, no. No there isn't.

Human Barbie on the struggles of modern day dating:

Human Barbie on her aspirations in life:

Human Barbie on workin' what God gave you:

Human Barbie on why you should never, ever become a human doll:

This New Barbie Isn't What You'd Expect. Is She...Normal?