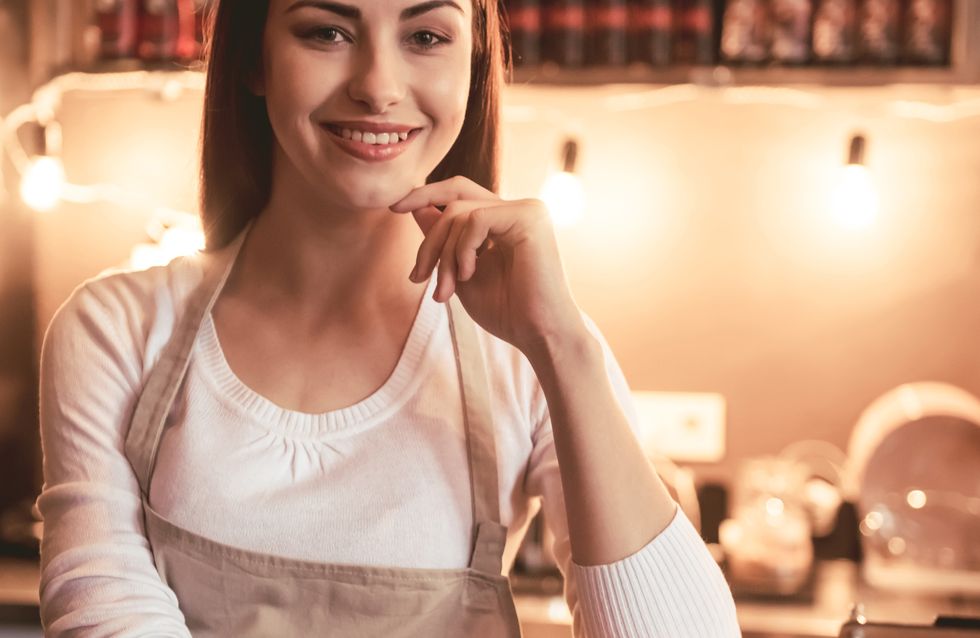 A new jazz bar in London advertised for waiting staff to come and work for them, but there was one stipulation to the job: "unfortunately", you had to be extremely attractive to even be considered.

We've seen many instances of poor job recruitment etiquette in recent times - in fact, only this month did we see a scathing job description for a London theatre company addressed to millennials that asked them: "Are you just not taught about existing in the real world[?]" and said they had "not been impressed so far" with the current applicants.

For those of you who missed the Tea House Theatre's obnoxious job ad (since removed), I hope you like a lot of salt on your chips: pic.twitter.com/BJn1u3oXJR

And last year 27-year-old Lisa Thorpe was laughed at for suggesting she did not want to wear high heels on her first day as a receptionist. Thorpe told the BBC at the time that she had arrived at the accountancy firm in flat shoes but was asked to run out and buy some heels that were over two inches high, or to go home. She refused their offer and ended up heading home - probably for the best.

Anyway, Lisa is now a vigilante of sorts, keeping an eye on sexist and inappropriate job ads and calling them out on Twitter - and she has found a doozy.

She spotted an advert from a London bar that's looking for "extremely attractive" full-time waiting staff to come work for them.

Hey @reedcouk, just checking you're aware that this job ad is in breach of an Equality Act or two...#lovemondays? #doubtit pic.twitter.com/Wn0osaVuiI

"New Shoreditch Jazz ​Bar looking for extremely attractive wait staff to provide exceptional service to our customers," the ad says which was placed on Reed.co.uk by a third party called House of Wax London.

The ad also specifies women must be comfortable wearing heels and must have a fun, lively and positive attitude - oh, and "physical attractiveness is unfortunately necessary for the role". Yes, all those things are unfortunate, especially for just £10 an hour.

So, how will they be judging this extreme attractiveness? Will you have waist, bust and thigh measurements taken? Will you immediately be disqualified if you have a blemish? If they deem your face a bit squiffy can you make up for it by telling them your bra size? Or perhaps the recruitment process isn't that in-depth - maybe they decide in the first couple of seconds whether you're attractive enough; maybe what actually happens if you don't make the cut is you're shouted at for being hideous through a megaphone, before you're tarred and feathered, and ultimately booted out the door with a comically big boot, while all the extremely attractive people that actually got the job laugh and point at you from the doorway.

Luckily no one will have to find out as the ad goes against anti-discrimination guidelines that say you can't list someone's attractiveness as a prerequisite of giving them a job, so the awful recruitment process for this even more awful London jazz bar is no more.

Many commented on Lisa's tweet, expressing their horror at the ad, with one saying: "Wow! The mind boggles... as if someone has actually posted this!?!?!" Another was quick to criticise their wording in the ad, noting: "Well thank God they added 'unfortunately'. Questionable use of question marks as well. 3/10 see me after class."

Reed.co.uk, the recruitment site the job was placed on, told Buzzfeed News the ad had now been removed and they are working with the recruiter to "ensure they are made fully aware of relevant legislation affecting their recruitment".

In the meantime, we suggest everyone finds a job that let's you be who you are - they're the best ones.

Would you apply for this job? Let us know! @soFeminineUK