by Emmy Griffiths Published on 23 November 2014 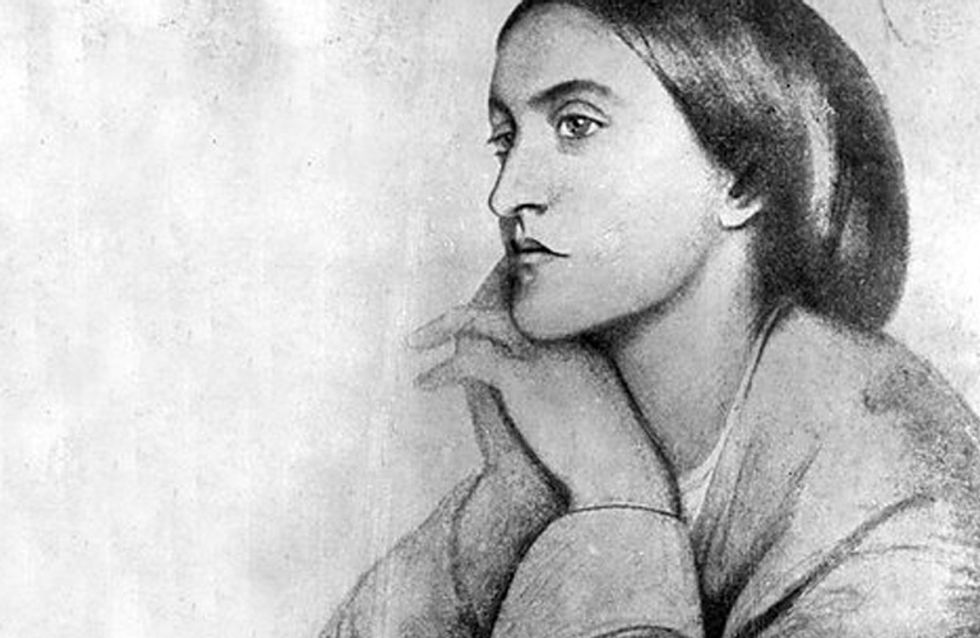 To celebrate all the female wordsmiths out there, we have put together a list our favourite feminist poets. From poets who wrote about women from female perspectives and explored themes of gender inequality and oppression in an era where a career-focused woman was unheard of to contemporary poets who have become the forefront of poetry today, here are our all-time favourites...

The Pre-Raphaelite poet Christina Rossetti’s most famous poem, Goblin Market, has been argued to be rife with feminist ideals – from the lack of male characters, to the representation of the goblins as temptations and challenges for women that do not exist for men (since only the women can see and hear the goblin’s temptations).

Carol Ann Duffy is a Scottish poet and playwright and has been Britain’s poet laureate since 2009. Her poetry often explores gender inequality and oppression, with famous poem Little Red Cap looks at male-dominated fairytale Little Red Riding Hood and the loss of innocence.

I lost both shoes

but got there, wolf’s lair, better beware. Lesson one that night,
breath of the wolf in my ear, was the love poem.
I clung till dawn to his thrashing fur, for
what little girl doesn’t dearly love a wolf?
Then I slid from between his heavy matted paws
and went in search of a living bird – white dove –

which flew, straight, from my hands to his hope mouth.

Not only was Emily Dickinson a hugely popular poet in a time when most women used male pseudonyms to publish their work, she challenged conventions of the time by being both well-educated and never marrying, her poetry often confronted what it meant to be a woman in her era.

Sylvia Plath was seen as a figurehead for the early feminist movement as she had a career whilst being a wife and mother, and her poetry and her novel, The Bell Jar, refers constantly to the struggle of women as second class citizens.

And now I
Foam to wheat, a glitter of seas.
The child's cry

Melts in the wall.
And I
Am the arrow,

The dew that flies
Suicidal, at one with the drive Into the red

Eye, the cauldron of morning.

As a poet and a public speaker, Kate's poetry slam about the pressure on women to be perfect brings a relatable expression of feminism through poetry into the 21st century.

The Scottish-born Jackie Kay deals with themes of gender and race in her work, with her award-winning novel Trumpet follows a man who realises he is actually female highlighting her views on a male dominated society.

Poet Ursula Askham Fanthorpe (published under the name U.A. Fanthorpe), is a feminist poet, cited by Carol Ann Duffy to be: "an unofficial, deeply loved laureate for so many people for so many years.”

Not my best side I'm afraid...

...So why be difficult?
Don't you want to be killed and/or rescued
In the most contemporary way? Don't
You want to carry out the roles
That sociology and myth have designed for you?

Much of Atwood's work such as The Handmaiden's Tale, The Edible Woman and Alias Grace centre around women protagonists who are oppressed by the Patriarchy. Her poetry is similar, written always by a female perspective and rife with feminist themes.

Sappho, born around 630 BC (oh yeah, feminism has always been around!), is known to this day as having a key feminist influence in her works. By placing her female characters in a better position and the males, particularly in Fragment 16, which gives a female perspective of life during war.

But that reminds me
now: Anactoria,she's not here, and I'd rather see her lovely
step, her sparkling glance and her face than gaze on
all the troops in Lydia in their chariots and
glittering armor.

The Guyanese poet Grace Nichols has lived in the UK since the 70s, and her poetry focuses on feminism, her heritage and the differences in cultures of Guyana and England.

Praise song for my mother

Go to your wide futures, you said

Who is your favourite poet? Tweet us about #NationalPoetryDay @sofeminineUK!

The New Faces Of Feminism: The SoFeminine Men Behind The HeForShe Campaign

Wednesday Wisdom From Anna Wintour: Quotes and Lessons Every Woman Can Learn From