by Lareese Craig Published on 4 September 2015 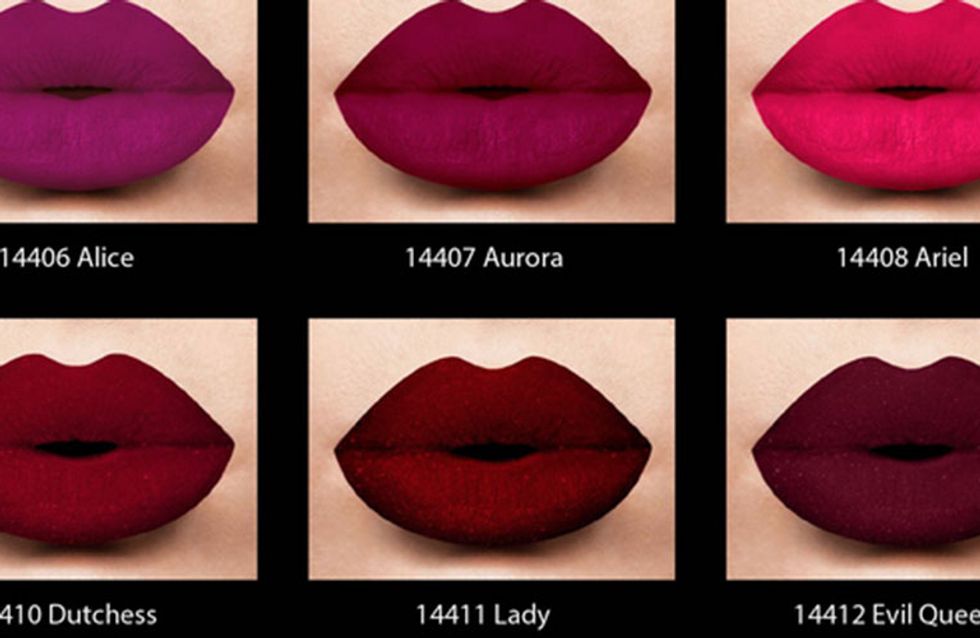 We're one step closer to being just like Ariel, Jasmine and Belle. Or at least, having their sweet Disney princess lips, courtesy of LASplash Cosmetics. If there's one thing in this world that makes us wanna sing, look at this stuff, isn't it neat, wouldn't you think my collection's complete... it's THIS.

Just one week after their spellbinding Harry Potter lipstick line, LASplash Cosmetics are at it again, only this time they're launching Disney princess inspired lipsticks. That's right, Ariel's pinky rouge pout is now part of your world. Uh huh.

The brand's Studioshine Lip Lustre collection is named after 12 of our favourite Disney Princesses including Belle, Esmeralda, Aurora and Jasmine. And then there's the evil queen... princess she is not.
​
Also, while we're getting a little bit pernickety then, ahem, Cinderella where you at? It's a bit like creating a Harry Potter lipstick line and making Ravenclaw red...

Here's a swatch for reference, because we all need to swipe lippies on our arm to let their true colours shine on through.

"We did not name our colors based off Disney Characters. Our customers are the ones whom connected our lippies to their favor [sic] characters. We just thought the names we named our lippies were cute.” He went on to say, “Our creative team named the colors based on their intuitive instinct and emotion, like a parent would name their child.”

Yes, because Ariel and Dutchess are at the top of our baby names list too.

Even if we have got the wrong end of the lipstick, we can't stop ourselves from flipping out over these new lippies. Poor unfortunate souls. DISNEY IS TAKING OVER OUR LIVES.

Are you over the Disney frenzy or just getting started? Tweet us @sofeminineUK

Harry Potter Fans Are Flipping Out Over These New Lipsticks

Tried And Tested: The Best Nude Lipsticks For Dark Skin

Strobing Makeup Tutorial: How To Highlight Like A Pro