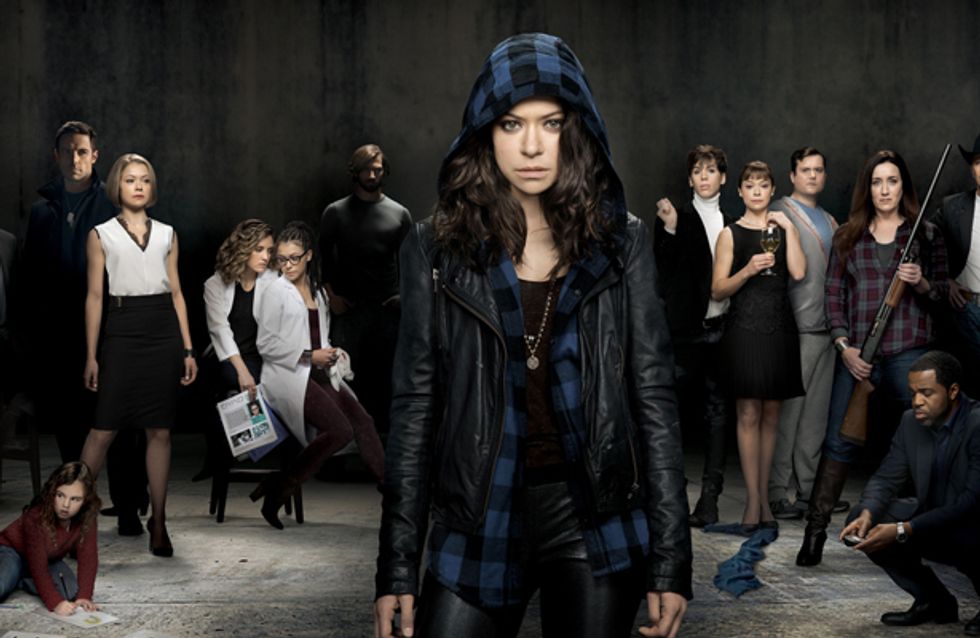 If you haven't heard of Orphan Black, now is the time to crawl out from under that rock and join the Clone Club! The sci-fi show has been critically hailed with lead actor Tatiana Maslany's performance receiving universal critical acclaim, and trust us, you shouldn't miss it! Here's why you need to check out the most underrated show on television ASAP!

For starters, this isn’t your typical sci-fi show. Sarah Manning is a con-woman/layabout/scruffy person who sees a woman identical to herself commit suicide and decides to assume her identity to nab her cash. As you can imagine, the situation snowballs and you’re pulled into the wonderful world of CLONES.

This woman is going to win an Oscar one day and we the Orphan Black viewership will be smug, because dammit we always knew it would happen.

Tatiana plays all of the clones, five of which are major characters, and her performance is such that you quite literally forget it's just one actor.

8. It’s as funny as it is dramatic

Although the show is a drama, it has a wicked sense of humour, notably from Sarah’s foster brother Felix who strikes up a bizarre but hilarious friendship with soccer mom Alison clone.

Think you hate sci fi shows? Think again. There are no aliens, spaceships or ghosts in this, just the exact world we live in now but with an element of science that doesn’t yet exist. It feels so realistic, you don’t even realise it's science fiction.

The show gives you just enough each episode leaving you ANXIOUS to find out what happens next. Incidentally, it’s the perfect show to binge on.

5. There’s about five different genres thrown in there

A cop drama, a science show, a drama, a comedy, a conspiracy-thriller, the list goes on...

The build-up of questions in the show is a ten headed monster, and when you lop of a head another ten grows in its place.

3. It’s so fast-paced you can barely keep up

We’re not sure the last time any of the characters slept, as it seems to be that everything from season 1 and 2 has happened within weeks of each other. It’s like watching 24.

Interested in psychology? Being that the show is about a bunch clones that are wildly different from each other, it constantly examines how your upbringing affects your personality – unsurprisingly the craziest clone is the one brought up in a Ukrainian convent.

1. There are not too many episodes

It’s easy to catch up on seeing as there are only 10 episodes in each season and it is currently midway through season 2. So there’s no trudging through five seasons of filler episodes to get to the good stuff; the story is ALWAYS driven.

Sound good? Check out the opening scene of season one, episode one to see if it's up your street (though we promise it will be)!

Have you been watching Orphan Black? Tweet us @sofeminineUK!