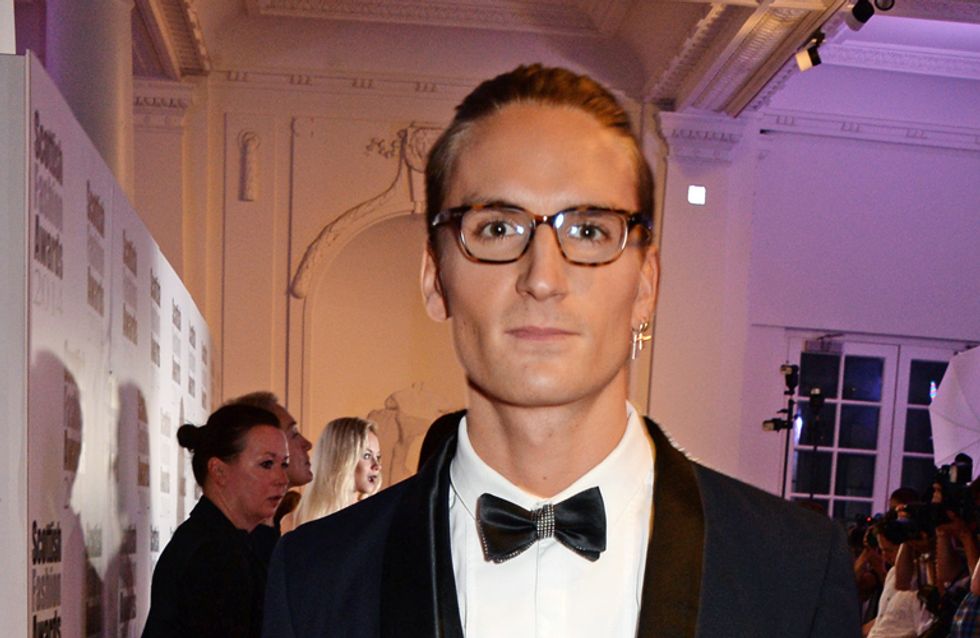 Much like Lucy Watson, Made in Chelsea's trendiest cast member Oliver Proudlock has definitely caught our attention recently. Whilst we've been focused on Spencer, Jamie and even Stevie's goings-on, like the Dark Horse he is Proudlock has emerged and has basically stolen the show. Why hadn't we been paying more attention to how FINE this boy is? No worries, we're paying attention now...

Tiny Man Buns might be the ‘thing’ at the moment, but Oliver has been rocking his for YEARS

He knows how to stare into your soul

Ignore Lucy Proudlock, we’ll look right back into your beautiful eyes and answer all of your pressing questions!

He really does have hilarious friends

You know you'd have an amazing (and expensive time).

Then there’s his kooky glasses

You know what you're doing Proudlock. Stop. But also never stop.

HE CAN EVEN PULL OFF A FREAKING FLAT CAP

He’s so zen. And shirtless.

He might be a fashionista, but for some reason we prefer him this way.

We thought men with one ear piercing were weird, but Proudlock showed us just how wrong we were

He wouldn't look right with his dangly earring. It's so okay with us.

Basically, Proudlock is the original hipster, and we LOVE him for it.