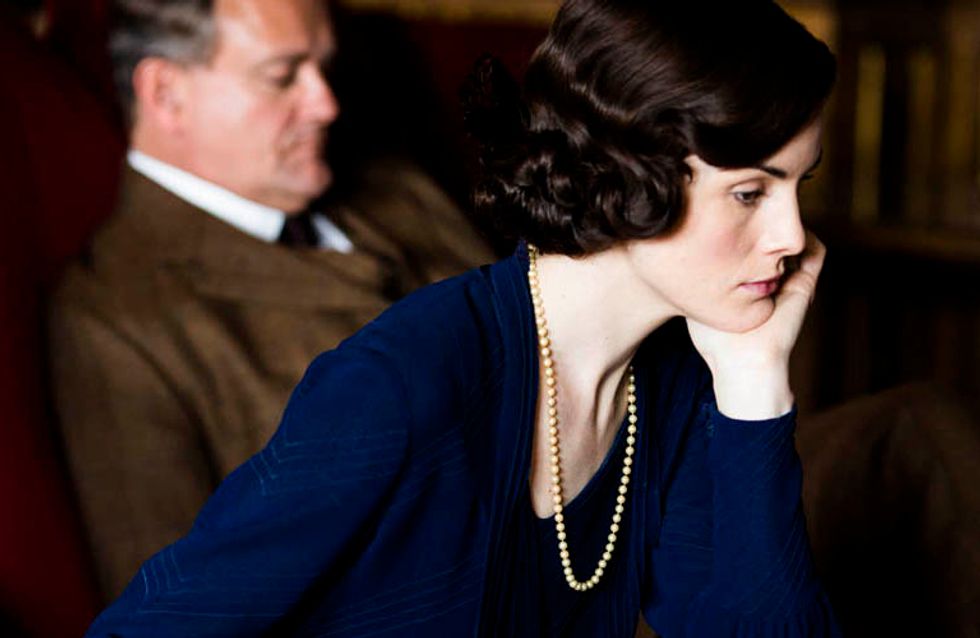 Downton Abbey Christmas Specials are a mixed bag. Sometimes they're boring, sometimes they're heartbreaking (sniff, RIP Matthew), and this time round it's set to have a lot of action. Anna in prison! Rose and Atticus married! Edith with an illegitimate daughter! Here's what we think has to happen at Christmas before we're parted from Downton for another year...

Mary gets a boyfriend

Mary has become a bystander whilst others get engaged, hide their illegitimate children and make plans to move to America, and this is just unacceptable. When Mary isn't in the centre of attention making a nuisance of herself, something is not quite right. We think it's time she found her next Matthew Crawley.

It looks like Daisy is the 1920s version of Russell Brand as she complained about her lot in the season finale. But since she's studying for her exams and has a bit of money behind her (see, we knew it was a good idea she married William on his deathbed) we think it's about time she stirred some problems up in Yorkshire. Viva la revolution!

What's funnier than Lady Grantham? Lady Grantham when she's out of control, of course. This Russian Prince/future boyfriend could be amazing banter material for everyone's favourite Downton character.

Thomas and Andy get it on

We know how miserable Thomas has been since he can't find himself a nice boyfriend, but we think newcomer Andy is just the ticket to sort that out. Just never refer to yourself as 'your Uncle Thomas' again, Thomas. *Shudder*.

Everyone finds out about Marigold

We love that Lord Grantham worked it out, but we absolutely have to find out Mary's reaction to it. We're guessing she'll probably be more impressed that Edith ever had it in her than anything else.

Let's face it - Branson's storyline is done with. You can't get blood out of stone or interesting storylines out of a chauffeur, so for heaven sake let him go to America.

DUH. Anna didn't kill Mr Green, even though she should have, and that policeman has NO evidence. This is only a role reversal from a couple of seasons go. Will Bates and Anna ever actually have some good luck? He's arrested, then she's attacked, then they can't have children - oooo, unless she finds out she's pregnant in jail? This has suddenly gotten way more interesting.

Carson and Mrs Hughes get together

They're buying a house together, why have you cut out the inbetween part when they both gravely confess their undying love for each other? Soon.

We mean, wit woo, last episode. His abs were truly something special when he answered the door to the flapper girl/scandal maker. Didn't realise they had protein shakes back in the day!

These two with their unconventional relationship, their parents meddling, and their dramatic argument over whether he WAS with a hussy during his bachelor party was by far the most interesting thing about that episode. More please!

Are you excited for the show's early 2015 return? Tweet us @sofeminineUK

​The Definitive Ranking Of Doctor Who Finales