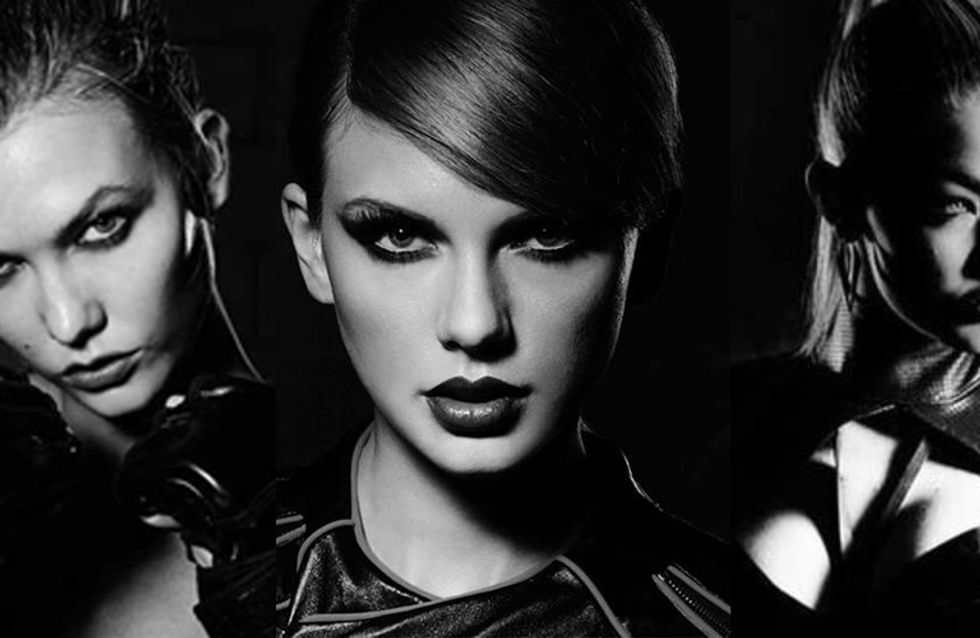 Even though you're not BFF with Taylor Swift, and thus were rudely excluded from being asked to star in her new "Bad Blood" music video, it doesn't mean you can't imagine what badass character you would have been. We decided to take matters into our own, scorned hands and create a name generator perfectly tailored for your personality. Now you too can imagine what it would be like to be in T Swift's posse and have your own menacing alter ego.

Thanks to our "Bad Blood" name generator, you will soon be able to add your name to the list of femme fatales whose bone structure and nunchuck skills could kill even the most evil of villains. Here is the master list of badass alter egos that made the video, and whose ranks you will soon be joining:

Want to find out what your Bad Blood character would be called? All you need to do is answer five simple questions to find out which superhero name generator you should use:

1. If you had to pick one of Taylor Swift's boyfriends for yourself, who would it be?

2. Which Taylor Swift music video do you most relate to?

A. "I Knew You Were Trouble"

C. "Teardrops on My Guitar"

3. What is your favourite ridiculous quote of Kanye's?

A. "I am not a fan of books. I would never want a book's autograph. I am a proud non-reader of books."

C. "I am God's vessel. But my greatest pain in life is that I will never be able to see myself perform live."

D. "I hate when I'm on a flight and I wake up with a water bottle next to me like oh great now I gotta be responsible for this water bottle."

4. Who is your favourite Game of Thrones Character?

5. Who is your favourite Disney Princess?

Now use your quiz answers to determine which of our highly scientific name generators you should use:

Followed by one of the Seven Deadly Sins you are most guilty of committing: ___________

One adjective you would use to describe how terrible your last breakup was: ___________

What did you get for your "Bad Blood" alter ego? Tweet at us @sofeminineUK!