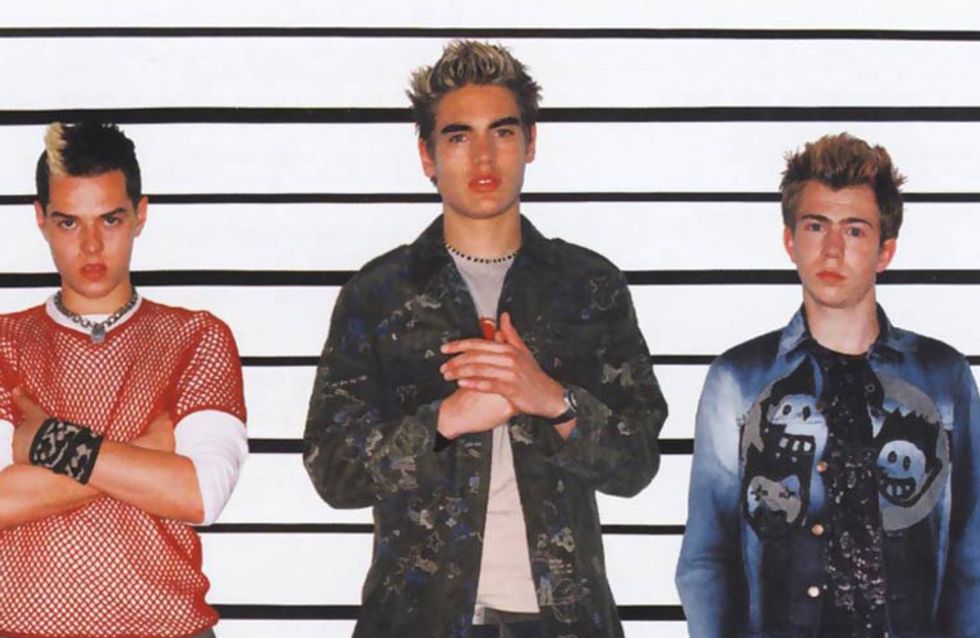 We never stopped loving Busted. The band took us to the year 3000. They showed that it was okay if you just go to school because you fancy your teacher. They loved their Air Hostess's work uniform. All in all, they were mad fun until they split up WAY back in 2004 because Charlie wanted to explore other pursuits. Thanks Charlie. However, the group announced that they are getting back together again and we are SO READY.

Let us take you back to 2004. Avril Lavigne was on her first world tour, we were still BRB'ing on MSN messenger and Busted were inspiring emo tweens everywhere with their rockin' tunes before chaos struck. Charlie joined another band, Fightstar, and decided to call Busted quits after becoming disillusioned by its pop rock vibe. He said: "It was a real fun thing to be doing, and I got on well with everyone I was doing it with, but on the other side, the music wasn't really fulfilling me. I have good memories of the time, because we were travelling the world and doing some amazing things, but then as far as self-fulfilment goes, it wasn't really doing a lot for me, so I have these mixed views when I look back. But there's no doubt that it was an amazing thing to do."

Uh huh. Thanks to Charlie's need for self-fulfilment, Busted had busted and ruined all our lives. However, it was announced today that the group are now reuniting and we can all FINALLY be happy again! The group confirmed their reunion on YouTube, writing: "We're back. Busted are back.We're touring the UK and Ireland next year."

At a press conference this morning, Charlie spoke about previous statements that he would never rejoin the band. He said: "I genuinely meant that. There wasn't a time I said that that I didn't mean it wholeheartedly. I have changed my mind."

Matt Willis joked: "We're back! Busted are back. We're stoked and we're going on tour next year. Aren't we, Charlie? We are, right?"

But what does this mean for McBusted, the greatest merged supergroup boy band of all time which is made up of McFly and the remaining two members of Busted? It sounds like the group are on board with the decision as James Bourne said of the band: "It was like a broken band and a band that was not broken. They have each other as a whole band. They're very supportive about this."

McBusted and original McFly member Tom Fletcher also posted this snap on Instagram with the caption: "Is it a bird? Is it a plane? No, it's Charlie freakin Simpson!...or so rumour has it." Bless them for being so supportive!

Is it a bird? Is it a plane? No, it's Charlie freakin Simpson!...or so rumour has it.

We have to say though: how fun is it going to be watching a reunited Busted or even Charlie joining McBusted when you know he's totally hating the tunes that defined our teenage years? Only time will tell, but apparently the group tested the waters by making music together and it felt just like old times. James said: "We didn't know what it would be like being in the studio again so we wanted it to be a no pressure experience for us."It was a really fun time. It felt like we were hanging out like old friends."

This piece was written by Emmy Griffiths. Tweet her about Busted ​@emmyfg!