by Esme Riley Published on 9 January 2013 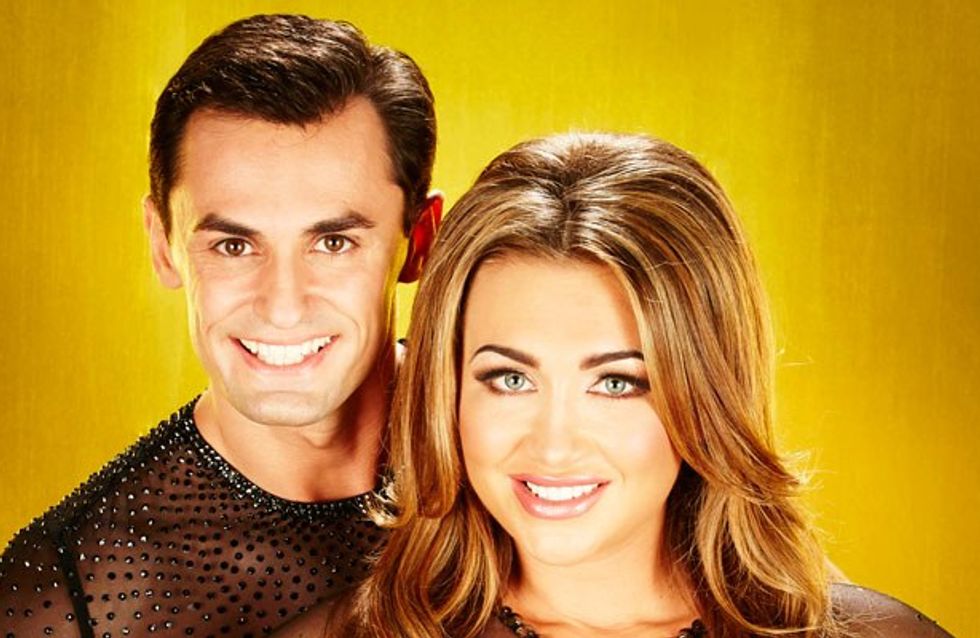 Lauren Goodger's behaviour is said to have angered Dancing On Ice bosses.

Party girl Lauren is said to have missed rehearsals on New Year's Day because she was out until the early hours the night before and has been arriving at training up to an hour late.

And on Sunday's debut show, when the first half of celebrities took to the ice, Lauren was seen tweeting during the ad break.

She wrote: "What’s everyone think so far? You can support ME by adding a sparkly blue LG Twibbon to your page!"

Lauren's pro partner, Michael Zenezini, is also said to be annoyed by her behaviour.

A source told The Mirror: “Lauren hasn’t curbed her drinking or partying and this has led to her being late more than once.

“She’s been told in no uncertain terms to buckle down and start focussing if she’s going to stay.”

In a video this week, Lauren is seen wiping away tears and confessing: "I love dancing but I am usually drunk in a nightclub."

But the 26-year-old's rep has vigorously denied claims her behaviour has been below par.

Whatever's going on behind the scenes, Lauren has admitted that she feels nervous about stepping onto the ice in a skimpy costume.

Lauren has battled with her weight in the past and receives a lot of media attention for her ever-changing shape.

She told Heat magazine: "I know people will be saying, 'Oh what’s her body like?' so I’ll be a bit self-conscious, but I feel great in myself at the moment."

She added: "I absolutely love the costumes! They’re all covered in diamante."

Dancing On Ice 2013: Pamela Anderson is voted out after near nipple-slip by the editorial team
+
All the news about Dancing On Ice
by Esme Riley
From hair ideas to outifts, look no further for your daily inspiration