What I Learned Watching Game of Thrones Season 5 Episode 9: A Dance Of Dragons

Stannis is no longer the mannis. Stannis is Brienne fodder. Stannis needs to have a one on one meeting with Ramsay Bolton. Stannis needs that red smile Joffrey once promised him. Talk about a character's fall from grace. Call me a teenage fangirl because I am so done and can't even. Let's curse Stannis's mission and talk about A Dance of Dragons...

This horse is on fire

Ramsay wrecked havoc in Stannis's camp, setting fire to tents and horses and such which and leaving Stannis with a depleted food supply, ruined weaponry and almost no choice but to turn back. Oh wait, he does have a choice. A truly terrible choice that we never, ever thought he'd make to burn his daughter alive and please the Lord of Light.

To be honest, at this point I still doubted he would do what Melisandre suggested and have Shireen burned to death. But then he sent away Davos. Then Davos gave Shireen that stag gift and I knew. We all knew. She was holding it as she walked towards that pyre...ugh.

I do not trust Olly

That pause before Alliser Thorne decided to let Jon and the Wildlings in was intense enough, but nothing compared to Olly's chilly reaction to one of the, like, THREE smiles Jon has ever given someone on this show. If Jon Snow smiled at me I wouldn't glare and sulk off, I'd most likely die on the spot. I am extremely suspicious of this little child and would like him to get off my screen. 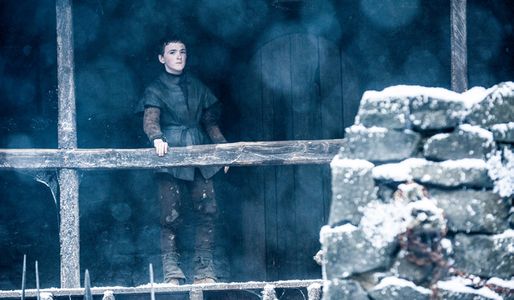 Jaime has agreed with Prince Doran (also known as the best and most diplomatic leader Game of Thrones has probably ever seen) to bring Trystane back to King's Landing along with Princess Mrycella, but not before he has a quick conversation with Oberyn's paramour about his cheeky incest and Bronn gets punched in this face.

Seriously, this whole Dorne plotline has been so weak, pointless and dull. We sat and watched two of the Sand Snakes play 'Slaps' for Gods sake. Bring Jaime back to King's Landing and let's all forget this ever happened. Apart from you Doran. You're cool. 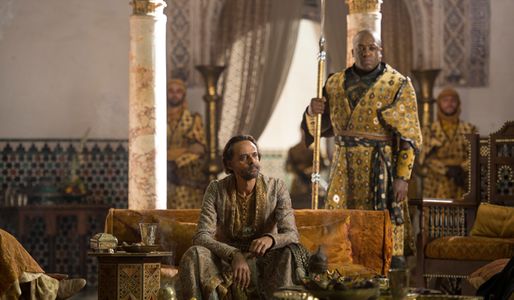 Arya's about to go all Kill Bill

Arya's first real test as a Faceless assassin was to kill the thin man on the docks and fails when she sees Ser Meryn Trant, a long standing member on Arya's infamous death list.

It's clear from this that Arya can't quite let go of the past and become 'no one', not that we ever wanted her to. Also, as if we needed more evidence that Meryn was a terrible human being that watching him mutter "too old" in that brothel. Kill Meryn and get back to Westeros where you belong Arya.

This was, in my opinion, worse than the Red Wedding. At least that particular gang of fan favourites suffered a relatively quick death. But Shireen, who has always been a great character but was particularly adorable this season, being burned alive as her beloved father stoically watched might be the worst thing this show has EVER done.

​I don't even want to see Ser Davos's reaction when he finds out. I do want to see him stab the f*** out of Melisandre and Stannis though, please. In the meantime, this was and still is an appropriate summation of my feelings:

Everyone was having a lovely old time watching slaves stab each other when Jorah shows up in the pits and wins the fight before plunging his spear STRAIGHT into a Son of the Harpy who was moments away from assassinating Dany. GO JBEAR GO! Jorah's redemption sequence could NOT have gone better, to the point where he was single-handedly leading her away from danger (he did a truly terrible job, but whatever).

When all hope was lost, Drogon appeared and let Dany clamber on up there before taking her to (hopefully) somewhere safe. Although I'm not sure how I felt about the CGI, it was still an epic, EPIC, moment. 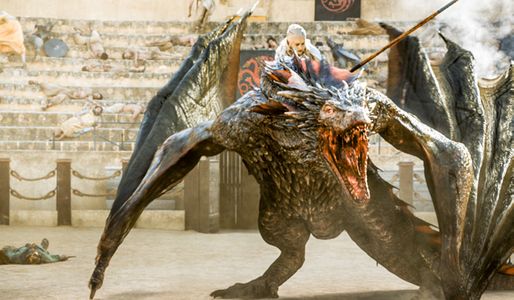 Some questions and thoughts

Is Mace Tyrell THE most embarrassing person in Westeros?

"Perhaps that is why a man in thin." #Bantz

Only Dany could look so adoringly at a truly horrifying reptilian

I forgot about Daario. He is pretty badass isn't he.

Do you think Arya will go after Meryn in that brothel?

How do you think Davos will react when he finds out about Shireen?

The hashtag #ShireenforQueen is no longer relevant.

Check out the images from The Dance of Dragons: 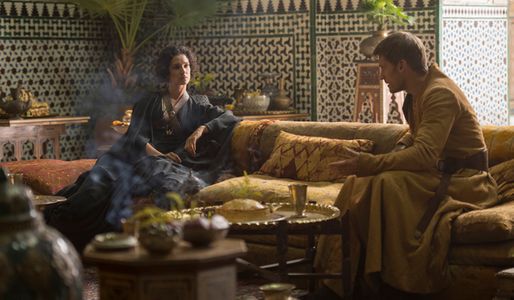