by Alison Potter Published on 12 September 2012

Kanye West has reportedly asked his girlfriend Kim Kardashian to go on the Master Cleanse diet in a bid to slim down her famous curves.

The extreme weight loss plan was undertaken by Beyonce Knowles in 2005 to slim down for her role in Dreamgirls, and according to reports it helped her shift a stone and a half.

Beyonce alledgely swapped meals for detox drinks made up of maple syrup mixed with lemon juice, water and cayenne pepper.

According to family insiders, the Kardashian clan are already concerned by Kanye’s increasingly controlling behaviour and if sources are to be believed then they'll be horrified by his suggestion that Kim needs to drop a few pounds.

The rapper and fashion designer is reportedly keen to have his reality star girlfriend become the face of his clothing line DW, but is concerned that her legendary curves wont fit into his designs. 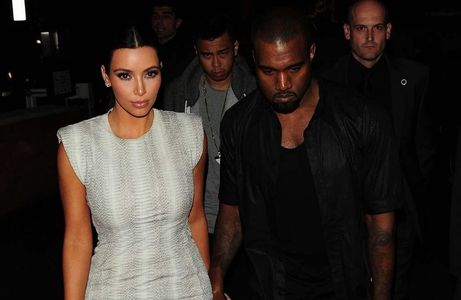 An inside source told Now magazine: “Kanye’s unbelievable, he wants her to become the face of his clothing range DW as part of his ‘brand’ ambition for them both.

To do that she has to fit into sample sizes. He suggested she drop a stone by trying Beyonce’s diet."

Kanye, 35, has previously caused uproar after apparently requesting his 31-year-old girlfriend get rid of most of her wardrobe in exchange for clothes that he's picked out for her.

But her fans are complaining that Kim shouldn’t have ditched her plunging necklines and short hemlines, which perfectly show off her voluptuous curves.

Most recently she’s been seen in a succession of unflattering smock dresses, including a baggy monochrome optical illusion dress, which swamped her diminutive height and made her look twice as wide.

Perhaps Kanye should stop worrying about what Kim looks like and start focusing on himself!