by the editorial team Published on 7 November 2008 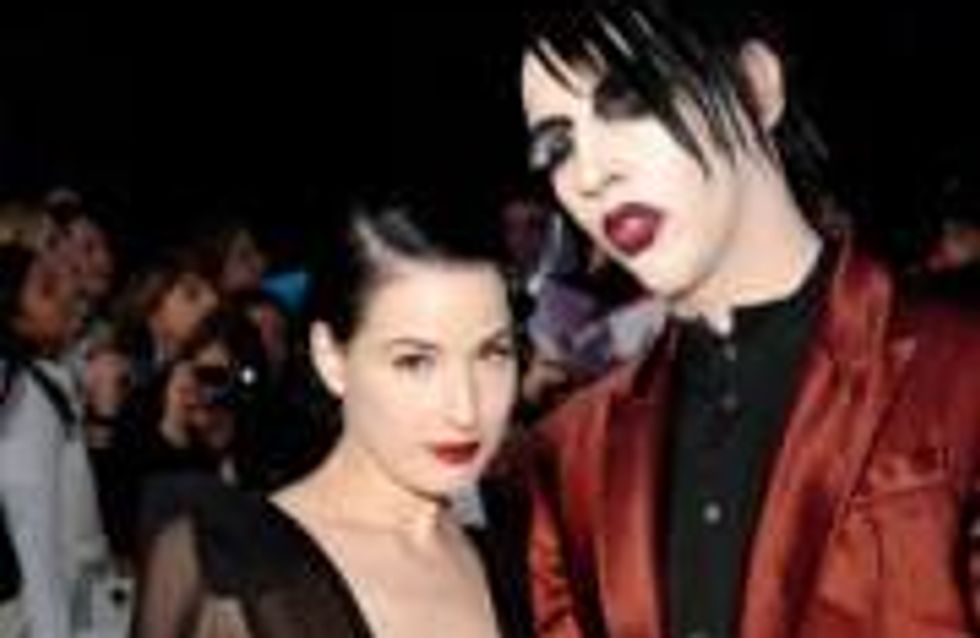 Marilyn Manson and Evan Rachel Wood have reportedly split up, because of Manson's "controlling and emotionally abusive" behaviour.

Marilyn Manson and Evan Rachel Wood have broken up.
The goth rocker and his 21-year-old girlfriend have reportedly ended their relationship after Manson allegedly refused to allow Wood's younger brother Ira to live with them anymore.
A source told America's Star magazine: "Evan owned the house and didn't want her unemployed sibling living on the street. It was the tipping point. Evan was fed up with how controlling and emotionally abusive Marilyn was."
Wood and Manson, 39, started dating in December 2006, shortly after the musician announced his split from burlesque star Dita Von Teese.
However, Manson is unlikely to reunite with 36-year-old Dita, as she recently revealed she is happy being single and enjoys attracting attention from the opposite sex.
She said: "Right now, I am loving being single. I'm not put off marriage in the future. I really enjoyed the ritual of marriage and I don't think of divorce as failure."