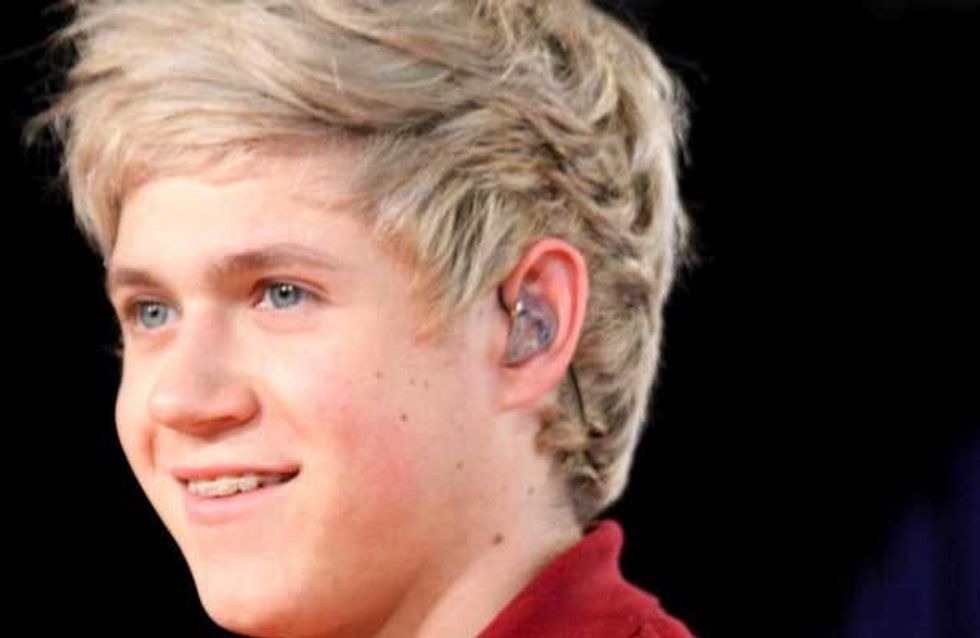 JLS singer Marvin felt it was about time to get rid of his single man home after he married Saturdays singer Rochelle Wiseman in July.

Rochelle Humes shows off her post-baby body on night out with Marvin
New parents Rochelle and Marvin Humes have stepped out for some quality time together after the birth of their first child Alaia-Mai last month. The couple were looking loved-up as ever as Rochelle showed off her cracking post-baby bod at a restaurant in London.

A source told The Mirror: "He put it on the market and it was quickly snapped up by Niall. He loves the place and was determined to get on the property ladder.

"He hopes it’s the start of a proper housing portfolio - especially now he’s not short of a few bob.”

Irish Niall, 18, is actually one of the last members of 1D to buy a house.

The boys have raked in millions since coming third on 2010's X Factor and have proved a hit all around the world - particularly in America.

Harry Styles, 18, recently splashed out £3million on a plush party pad in an exclusive area of North London, around the same time Liam Payne, 19, was snapped house hunting nearby.

Louis Tomlinson, 20 - who used to live with Harry until they decided they wanted their own space - bought a £2.5million four-storey home earlier this year, which boasts a swimming pool, spa area, games room and six bedrooms.

And just last month Zayn Malik, 19, moved into a £2million futuristic house in Hertfordshire, which has a large chrome front door and floor-to-ceiling windows.

But it doesn't seem like the boys will be spending much time relaxing in their new purchases, as they're set to go on a whopping eight-month tour at the end of the year.

And let's hope their homes have gyms, as their management are reportedly worried the band aren't fit enough to take on such an intense, physical workload.

A catalogue of injuries have blighted the boys this year - and bosses want to put a stop to it.

A source recently told the Daily Mirror: "We're concerned about them - and Liam is still healing after he broke his toe when his MacBook fell on it this summer in the US.

"Zayn and Niall have both been on crutches so now they're all on hardcore fitness regimes."

These lads are an accident-prone lot - Irish cutie Niall has dislocated his knee no less than 14 times, while Harry was recently forced to take up Pilates to improve bad posture brought on by his high school paper round.

Are Rochelle and Marvin Humes expecting a baby boy? by the editorial team

JLS split: Oritsé breaks down in tears during Chatty Man interview by the editorial team

JLS split: Band are emotional as they announce break-up by the editorial team
+
All the news about Marvin Humes
by Esme Riley
Be the first to see what's going on behind the scenes at Sofem

30. The one about pasta
by the editorial team

Heidi Klum, 2013
by the editorial team

Tilda Swinton
by the editorial team

Rosie Huntington-Whiteley and Jason Statham
by the editorial team

Bradley Cooper and Irina Shayk
by the editorial team

Celebrities who are expecting babies in 2018
by the editorial team