14 Times Politicians Were Too Embarrassing To Handle 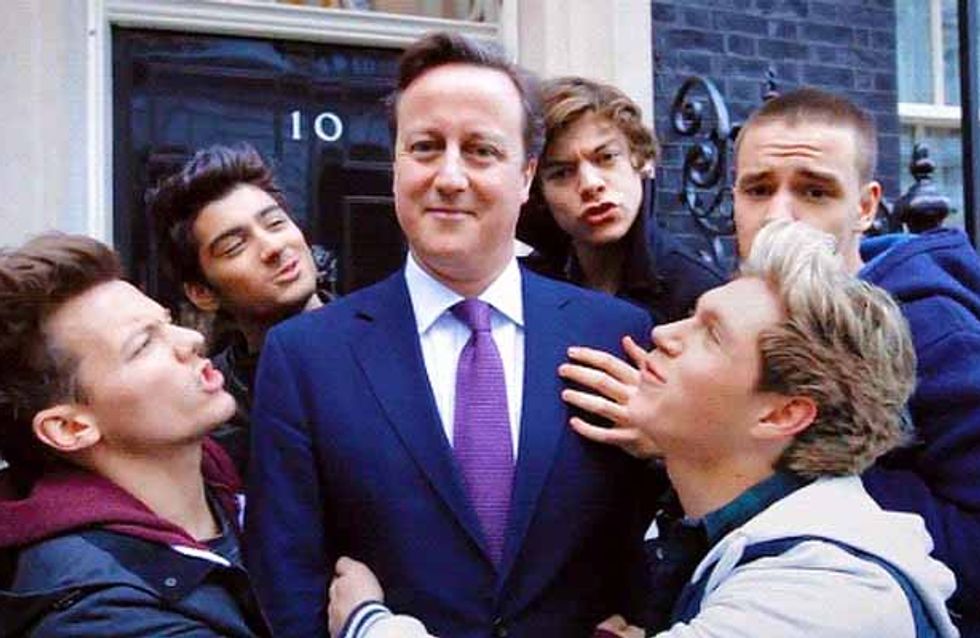 If there's something we LOVE to see, it's smug, smug politicians being taken down a peg or two. Whether it's receiving hassle from a tiny dog or having an apology auto-tuned, here are all the occasions we loved to cringe at a politician's antics...

When Nick Clegg promised the vote against rising fees then voted for the rise of Uni fees, needless to say young people everywhere were furious. Which is why his apology video was made into simply brilliant remix.

MP Nigel Mills admitted that he'd "had a game or two" during a Work and Pensions Committee session. Who can blame you Nige. Sounds boring. Then again, you are paid to deal with these meetings...

Think his engagement with a Cheeky Girl had anything to do with thinking he could become a musician?

David Mitchell says it all for us...

And Londoners everywhere smiled, shook their heads and sighed "Oh Boris." We're all basically his parents.

"We know how you could look cool and down with the kids!" - Cameron's ex-advisor (we assume).

Even Patrick Stewart joined in!

Chris Huhne was a Lib Dem MP before his wife revealed that she had claimed responsibility over a speeding case when actually Chris was driving. The disgraced MP ended up serving eight months jail time for perverting the cause of justice. You could put this picture in the dictionary under 'Low Point'.

At least he became an Internet meme so we can all laugh as we're being repressed. Thanks George!

When Sam Gould popped onto the beach to suck up to Nigel Farage, he had to be hauled up as the tide quickly came in. Acting like a teenage girl is bad enough, but needing to be pulled up afterwards...that's just embarrassing.

Chief Whip Tory MP Andrew Mitchell got into quite the scrap with the police outside Downing Street when they refused to let him through the main gate. The word 'pleb' was uttered, resignations were given, and the incident was affectionately referred to as 'Plebgate.'

Let's consider for a moment that this is the main problem with Eric Pickle's constituency...where can we find this mystical land filled with £10 grand's worth of biscuits?!

Though to be fair Ed, this is how we look when we get our hands on a bacon sandwich as well. NOM.

Nigel Farage dresses up as a workman

According to Buzzfeed, a source said of the great escape: "The BBC were outside harassing all sorts of people who had nothing to do with UKIP and were just sat there. It was a way of Nigel leaving without attracting too much attention. It took them a while to clock it was him." By wearing a high visibility jacket...mmmkay.

What do you think is the most embarrassing moment? Tweet us @sofeminineUK!