It's fair to say that on the whole, 2016 hasn't really been a great year, but without a doubt the worst thing to have happened this year is the long list of legendary celebrities we've lost along the way. Taken way too soon and certainly never forgotten, join us as we pay tribute to the famous faces we've had to say goodbye to this year...

It's fair to say we've had way more lows than highs this year so we're well and truly ready to stick the middle finger up to 2016. It was the year that left us screaming 'WHEN WILL IT STOP?' on a number of occasions! Yes, we were gifted the amazing Lemonade (thank you queen Beyonce) but we also had the Brexit vote, Donald Trump beat Hillary Clinton to the White House to become president, and we lost a long list of legends too.

​From actors on the small and big screen to musicians who revolutionised the game forever, these famous faces were taken from us too soon. Fortunately their lasting memories and extraordinary talent live on.

RIP to all the celebrity legends we lost in 2016 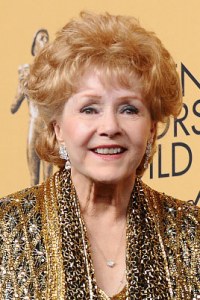 Tweet us your favourite memories of these stars @soFeminineUK