Millie Mackintosh left hit E4 reality show Made In Chelsea at the end of season five to wed her long-term love rapper Professor Green. But according to her former nemesis Spencer Matthews, the reality show isn’t the only thing that the 24-year-has dropped – she also now ignores all of her former castmates from the show. Is Spencer Matthews trying to stir trouble or has Millie ditched her mates?

Millie Mackintosh left Made In Chelsea with a bang, slapping Spencer Matthews after it was revealed that he had cheated on her BFF Louise Thompson – in Louise’s own bed no less!

There’s clearly no love lost between Spenny and Millie, but now the MIC star is stirring up trouble again, accusing the 24-year-old of ditching all her old castmates since leaving the show and hitching rapper Professor Green.

Spencer told Heat Magazine: “Millie ignores all of us. She doesn’t have any contact and none of us mind.”

This doesn’t appear to be quite true, as former MIC BFF Caggie Dunlop and current star Rosie Fortescue were invited to watch the reality star tie the knot.

But before the nuptials Pro Green was keen to stress that it would be an intimate affair, not a showbiz wedding, revealing: "Nah, no Chelsea people. I don’t know many Chelsea people apart from Millie and her immediate circle, who aren’t in the TV show."

Spencer’s latest comments will undoubtedly rile the newlyweds, who have both had run-ins with the former broker in since Millie left the show. 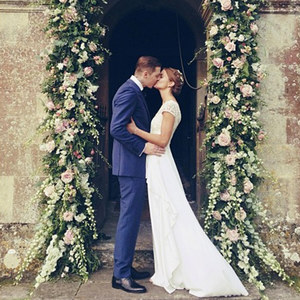 Back in April – before she quit MIC – Spenny publicly claimed that Millie was a “show pony” and he didn’t know why she was still a part of Made In Chelsea.

Speaking about Professor Green – real name Stephen Manderson – the 25-year-old added: “Poor bloke. I don’t know how he does it.”

The outspoken rapper obviously didn’t take too kindly to Spencer’s unprovoked criticisms and blasted the reality TV lothario on Twitter, writing: “You’re vile, don’t utter a f***ing word about our engagement – it’s none of your f***ing business.

“Not into some silly pompous jumped up c*** yapping off at the mouth for some f***ing exposure. Sick of f***ing idiots and their ‘opinions’.”

In usual Spencer style, the MIC star simply joked: “Does this mean I’m not invited to the wedding?”

It doesn’t look like Millie and Pro Green’s grudge towards Spencer is going to go away any time soon, as following the wedding the pair have made it clear they want nothing to do with him.

Spencer told Heat magazine: “I went and said hi to him [Pro Green] at a party the other night and he told me to f*** off.

“They’re both in their little bubble at the moment so we’ll let them simmer off.

“I don’t really give a s***. It’s over a stupid little Twitter rant and I thought I’d say hello, but it turns out I’ve struck a nerve.”

Clearly trying to perpetuate the feud, Spencer added: “I’ll always have a soft spot for that slap.”

Well the way things are going Spenny, you might be getting another one from Millie the next time you cross paths….

Are you on Millie or Spencer’s side? Tweet us @sofeminineUK!

Made In Chelsea's Millie Mackintosh models for Very.co.uk

by the editorial team
+
All the news about Millie Mackintosh