by Esme Riley Published on 6 December 2012

It was one of the most bizarre stories of 2012 - but it was not quite as it seemed.

Eminem reaches out and offers help to Justin Bieber
If you think that someone as cool as Eminem wouldn’t waste his time trying to befriend hair swishing popstar Justin Bieber, you’d – weirdly – be wrong. Eminem has apparently expressed his concerns about the Biebster and has reached out to help the singer as it seems he is getting closer to circling the drain of washed up child stars. Eminem, who has had his own fair share of problems – select any of his songs at random for more information – apparently wants to help out the Baby singer.

Rumours that Eminem's daughter Hailie Mathers has been abusing Taylor Swift on Twitter have been rubbished by the rapper's rep, who told E! News that the messages were sent from a fake account.

It was reported that the young teen sent insulting messages to country music star Taylor after she stepped out with One Direction star Harry Styles this week.

Hailie's dad may be a tough guy rapper, but it seemed the 16-year-old was more of a pop fan - and more precisely a dedicated Directioner.

The imposter claiming to be Hailie posted: "If @taylorswift13 is really dating the love of my life @harry_styles I will not be happy!" The messages soon turned a little more extreme: "Dear @taylorswift13, please stop whoring around with every guy you see. We all know you're only doing it so you can make another album." 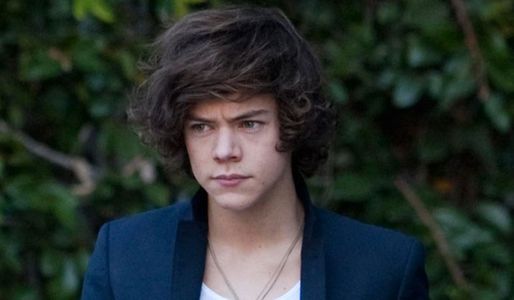 She added: "I am never, ever, everrrrr, listening to your music againnnn @taylorswift13. LIKE EVER."

It was then reported that 'Hailie' quickly apologised for her words after they were reported in the press.

She wrote: "Wow, I didn't mean for people to react to my tweet in the way that they have it was just a bit of fun! Sorry @taylorswift13 for my immaturity.

"I believe I'm entitled to my own opinion, but that got out of control. I don't understand why there are 'news' articles written about it!"

The account was quickly deleted, before Eminem's rep issued the statement that it was an imposter in the first place.

Harry and Taylor were first snapped together on a date in Central Park earlier this week, looking happy and comfortable in each other's company.

The following evening, they partied together until the early hours following One Direction's gig at Madison Square Garden, before heading to Taylor's hotel.

And Harry still couldn't get enough of his new 22-year-old girlfriend, as he was snapped going to stay with Taylor again the following evening - complete with washbag and iPhone charger in hand.

Taylor was the victim of threats from 1D fans when her romance with Harry was first exposed last month.

A group calling themselves "Directioners" sent a string of vicious messages to her on Twitter, with one writing: "I’ll murder Taylor Swift. She will not date my Harry.”

Another tweeted: “If u dating my harry, I kill u.”

We can confirm that none of them were Hailie Mathers!

Check out our Taylor Swift album - that girl wears some great outfits!...