Less than a week after Cory Monteith’s tragic death from drugs and alcohol, a video has surfaced of the Glee star giving some stern advice to a fan. It was filmed just days before his passing, on the flight over to his native Vancouver, where his body was found.

A final video of Cory Monteith filmed before his tragic death has been released by a fan.

The high-spirited clip was recorded just days before the Glee star was found dead in his hotel room from drug and alcohol use.

The 31-year-old - who was dating his co-star Lea Michele at the time of his passing - says to the camera: "Hi Malorie, I'm Cory - I'm Sheila's friend.

"I just wanted to record this video for you guys to let you know to stay out of trouble and stay in school."

The footage was filmed on Cory's flight to his hometown of Vancouver on 6th July, where he checked into the Fairmont Pacific Rim Hotel.

Less than a week later, the actor's body was found after he failed to check out on time.

Global News reports that a flight attendant named Sheila asked Cory to record the video for her boyfriend's daughter Mallory.

Despite his advice in the clip, Cory dropped out of school at the age of 16 and went to rehab three years later.

He checked in for treatment for a second time in April this year, but was beaten by his demons last week as a post mortem revealed he'd "died of a mixed drug toxicity, involving heroin and alcohol". 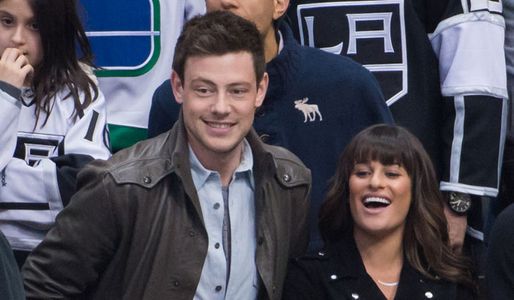 Another rather haunting video of Cory that has surfaced is of his final film role, which saw him play a drug-addicted street hustler.

In a clip from the movie McCanick, which he filmed in Philadelphia in September, Cory shows acting talents that are very far removed from his Glee character, Finn Hudson.

Director Josh C. Waller suggested the role was very personal to Cory and that he "wanted to tap into things from his youth that he hadn't been able to use as an actor yet."