Where Are The Cute Christmas Movie Kids Now?! 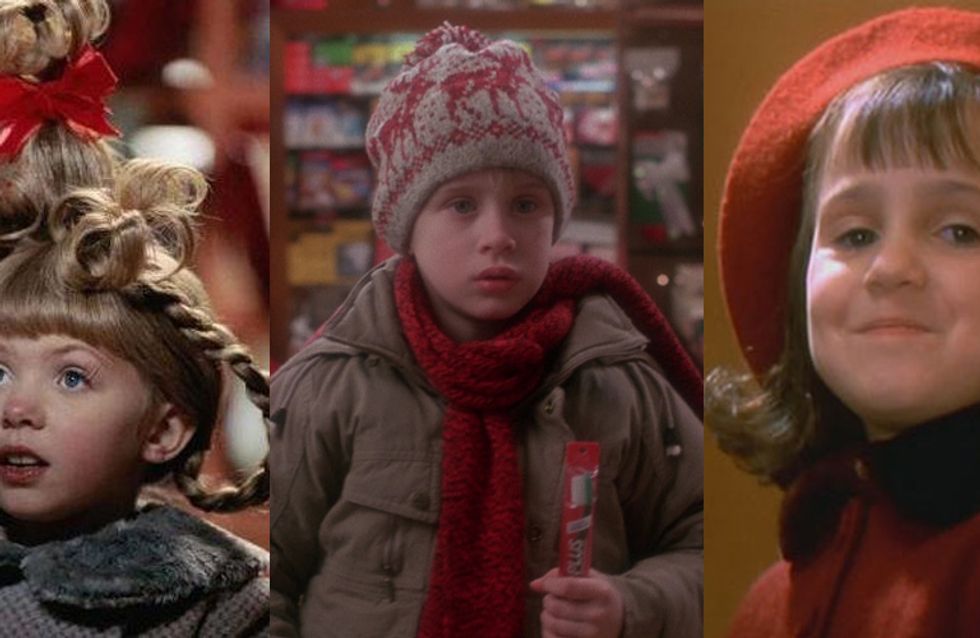 We have watched the same Christmas movies every year for the last decade, so it's almost shocking when you realise that the kids who are such a big part of our Christmas tradition are now all grown up and doing their own thing (that doesn't involve helping their parents understand Christmas cheer or proving Santa is real). Here's what they're up to now...

After a brief stint working as a voice actor in Bully and Doogal, Buddy's little bro has disappeared off the social trail, without so much of a Twitter account (that we can find). Maybe he's in the North Pole? Just thinking out loud...

After retiring from acting at the age of 14, the kid from Home Alone had a pretty mixed bag of experiences. On one hand, he went out with Mila Kunis for nine years. On the other hand, he was arrested for drug possession. Now the former child star looks to be making a return to acting, and will star as himself in Zoolander 2.

​He also recently reprised his role as Kevin in a skit to show how screwed up his life had become after defending himself from the burglars.

Following The Santa Clause's release in 1994, young Eric was probably best known for playing Little John in the sitcom Jesse. Since then, his latest role was in TV miniseries True Perfection way back in 2012. Where've you been since then Eric?!

Since starring as the insanely adorable kid who fell in love with the most popular girl in school and learned drums to impress her, Thomas recently appeared in Game of Thrones as Bran's wise guide, Jojen Reed. He's also become seriously somewhat attractive, sorry not sorry.

After Love Actually, Olivia appeared in Zoey 101 (erm, AWESOME), and voices Vanessa Doofenshmirtz in Phineas and Ferb. She's still an amazing singer as well, and sang Haven't You Noticed (I'm a Star) in the cartoon series Steven Universe just this year.

Mara Wilson is still actings but is also now a pretty amazing writer with a blog titled Mara Writes Stuff. Her work includes an expose on child actors (she would know of course!) She also happens to be pretty hilarious on Twitter.

Don't worry, Giz - Xmas is only four days away! RT this if you want to hug him on #MogwaiMonday : ) pic.twitter.com/YejkGiKA7T

Although Zach hasn't had an awful lot of acting projects recently, that man is ALL about connecting with his fans and making the most of his fame as good old Billy, the dimwit who accidentally spawned dozens of terrifying alien-like monsters. Apart from appearing at conventions, Zach also has a #MogwaiMonday tradition where he shares his favourite Gremlin gifs, love it!

Don't worry, Giz - Xmas is only four days away! RT this if you want to hug him on #MogwaiMonday : ) pic.twitter.com/YejkGiKA7T

Taylor Momsen - Cindy Lou Who from The Grinch

After appeared as the cutest Who in Whoville, Taylor gained a starring role in Gossip Girl as Jenny Humphrey, the wannabe Queen Bee turned punk. Turns out the whole punk thing wasn't just a character quirk, as Taylor now fronts rock band The Pretty Reckless and are due to tour with Nickelback. She's come a long way from Whoville!

Devin is absolutely smashing this whole acting thing out of the park. Since appearing as the big ole' bully in Home Alone he has appeared in Agent Carter, Elementary, Louie, The Lennon Report and Masterminds (and that's JUST this year!) Sometimes the bad guys win. Even Buzz.

Oh yeah! The little kid from National Lampoon's Christmas Vacation is none other than Leonard from The Big Bang Theory! From Christmas kid to prime time TV show star, NOT a bad career!

What do you think of the kids all grown up?! Tweet us @sofeminineUK!