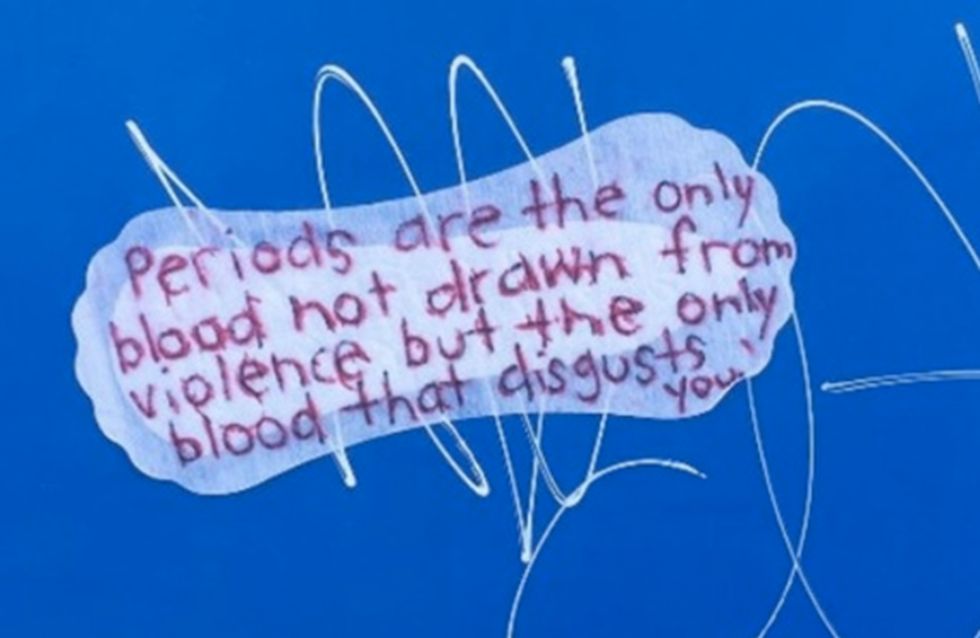 Ah, periods. They make us cancel our social plans, eat the earth, break out, bloat out and lash out but you know what makes them ten times worse? Someone - a man - complaining to HR about them. Yeah. Chivalry ain't dead after all, it just prefers to send sly emails behind your uterus's back these days.

We all know how hard it is to carry on with life when you've got what feels like a small family of shrew kicking and scratching about in your uterus, but us women soldier on - water bottle, pain relief and emergency chocolate in tow. Imagine then, being at work doing your level best to ease said family of shrew in your uterus with a hot water bottle when a colleague, a male colleague, takes it upon himself to complain to HR. Well, that's exactly what happened to this woman.

A Mumsnet user under the name of Snuffalo published a post on their forum with the subject, 'Am I being unreasonable for being called out for menstruating at work?'. She then goes on to document an experience which will make your ovaries shake with rage.

The post starts, "Having horrible menstrual cramps, naproxen isn’t touching it, and I remember I have a hot water bottle in my desk drawer - I used it all winter in my freezing office, and a few other people, male and female, have one as well - we have a rule against personal space heaters so it can be nice to have under your desk next to your feet.

"Anyway. I fill the hot water bottle, nestle it in my lap, and I’m back to work. My sort-of-supervisor* we’ll call Guy comes over to talk to me about something, notices the hot water bottle, says “there’s no way you’re cold today, are you?” I say “um, no, just for the pain relief”. He looks confused and then literally horrified and then he walks away.

"Less than ten minutes later, I get a Slack message from one of the HR admins (HR is based in another office a few hours away) to say “Guy says you’re not well and should go home, everything OK?”

"I say "I’m fine, this is sort of weird, he just looked a bit shocked that I had a hot water bottle, I’ve got cramps, you know how it is."

This is when it gets really 18th century weird. Snuffalo continues, "She goes silent and then offline completely, ten more minutes later, the HR Director calls me and asks me if I can find a meeting room, which I do. She then tells me that I shouldn’t disclose my medical problems to anyone who isn’t part of HR as it can make them uncomfortable. I’m literally shocked, I explain exactly what happened, she says “yes I understand, if you’re so unwell you need a hot water bottle you should be home, Guy is extremely uncomfortable and it’s unprofessional”. I say “this is weird, ok, anything else”? She’s quite breezy and professional - “No, that’s all, if you’re feeling better that’s great but if you need to, please do go home, OK bye!"

"I’m just completely flabbergasted. Especially considering that Guy has been known to take meetings with clients whilst laying flat on the floor on his back because of back problems - which seems to me both unprofessional and likely to make people uncomfortable, not that I really cared personally. I wouldn’t have had my hot water bottle in a client meeting or even if clients were in the office.

"Other people have standing desks, weird foot rests, all kinds of chairs and special backrests for their back pain and wrist braces for their wrist pain and a hundred other things and I’m not allowed to have a hot water bottle for my menstrual cramps? Am I right to be completely fucking furious?

"*I normally have no problem with Guy, we don’t work closely, no one else does what I do at work but he comes closest and he does my nominal (and always positive) performance reviews and signs off on my holiday."

Yes, man who shan't be named, even working women have periods. It's shocking stuff. If we didn't have PMS already we do now, all thanks to this hero.

What do you think about being called out for being on your period? Tweet us @sofeminineUK