by Vivian KELLY Published on 16 December 2016 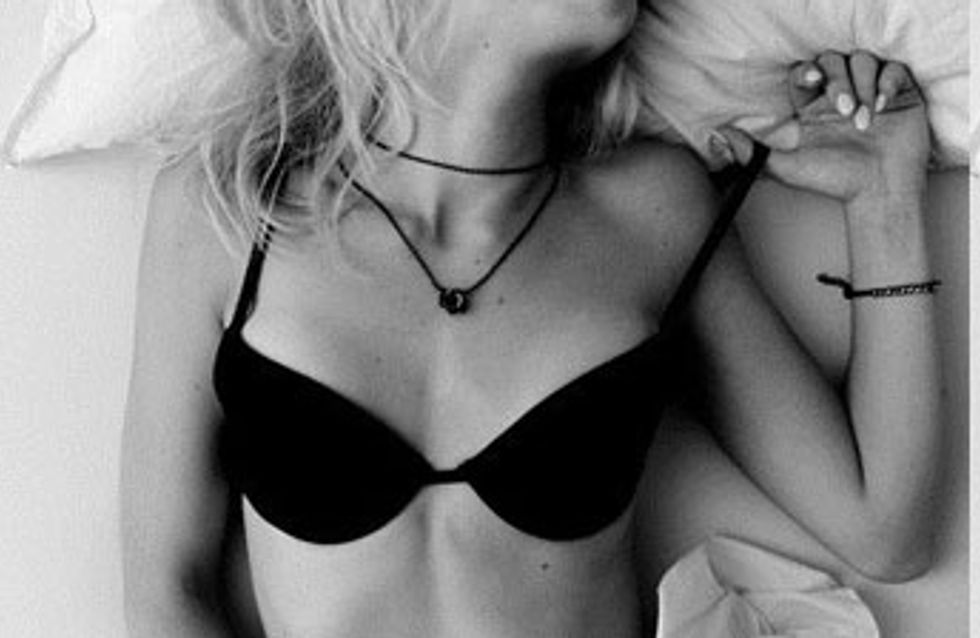 While it's perfectly acceptable for men douchebags to talk about the complex nuances of their 'wank bank', it's a lot more complicated, awkward and often taboo for women to do the same (there's a double standard for you). So we totally get it if touching yourself in front of your other half doesn't exactly rank highly on the list of things you're immediately comfortable doing in the bedroom.

So in efforts to boost your confidence, we asked guys on Reddit to see what they had to say about their other half pleasing herself in front of the them, and well, it just happens to be quite a major fantasy of theirs. Here's why they LOVE it.

1. Guys are all about the visual

"To me, it's hot as hell. Playing a voyeur of sorts with someone with whom you have a close connection is a turn on to me."

"Hot as hell. My wife uses a wand and I cheer her on and assist as needed, playing with her breasts etc. About halfway through she'll get me to finger her G-spot to orgasm, which I love. Then she vibes 'til she gets her clit off. Tldr: I love watching, but I REALLY love participating."

4. It's the perfect combination of innocent and hot

5. The temptation to touch is HOT as hell

"It rarely happens (because I tend to get involved) but the few times my SO has just masturbated in front of me was incredibly hot. I guess my question is why would they lie about it? If someone doesn't find something hot why would they ask you to do it or why would they say they find it hot?"

6. It's amazing during sex sex, too

7. Just thinking about it drives them wild

"Never experienced outside of her rubbing herself during sex but if I got to watch during a solo session that would totally be hot. Just thinking about it is getting me all frisky."

8. It shows your sexual confidence

"Why not? It ties into the sexual confidence thing that is always the prized attribute in your sexual adventures. Someone who knows what they want, can tell you what it is..."

"All good sexual practice. That, and just seeing someone in pleasure is arousing. Intimate."

"So long as it's not when I walk in and find her on webcam with some guy, absolutely ploughing herself with a toy she'd never use with me saying something about 'fuck me with that big dick'. It's pretty great most other times."

10. They love seeing you lose yourself

"It is one of the hottest fucking things on the planet.. (..short of having another girl eat and finger her pussy)."

"I love it. I could watch girls get off all day every day, no problem. It's super sexy because I LOVE when she feels good... it gets me going, no matter what."

13. They secretly want you to do it

"Ridiculously hot. When my girlfriend tells me that she masturbates it turns me on. She even said it nonchalantly over the phone and my jaw dropped thinking about it.

"Yesterday I told her I'd like her to do it in front of me. Never done that before. Something's just so sexy about it. Can't wait to try licking her chest and kissing her neck while she touches herself."

"Yep - super hot! My ex would do this and my wife will not

"A very much missed activity..... Figure you can tell by now that it's not going to be a turn off so you can't go wrong here I don't think....unless you opt to NOT."

10 Spontaneous Sex Tips That Will Blow His Mind