What Men REALLY Think When You're Giving Him A Blow Job

by Cliche Wynter Published on 1 April 2015 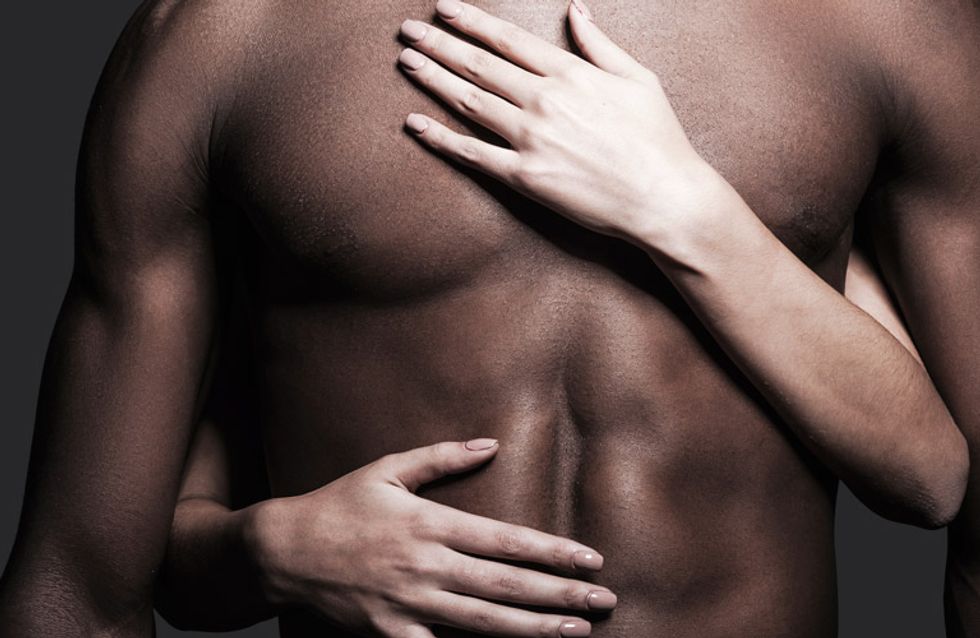 As a woman, you might find yourself taken aback by Jack Hutson's no filter approach to discussing relationships. He might even come across as crude and obnoxious at times. You'll think, "Who the hell is this guy and what gives him any authority?" He has an answer for you:

"I’m the guy that has slept with hundreds of women, and taught every one of them to give head like a decent girl should. And that’s the only reason you should listen to me."

Now that we've established that honesty is the best policy, what do guys REALLY think while you're giving them head?

Here is the stone-cold truth in Jack's own words (remember we said he has no filter ok?):

2. “I wish I didn’t have to beg for it like a starving street dog”

Yep, almost anything – so feel free to get creative with your requests.

If you go down on him, and you do so often, because you want to – not because he asked, he’ll think of you as relationship material. Men love women with a pleasing personality.

Men continually compare you to their past sexual experiences. If his ex swallowed happily (and you bet he loved it!), while you don’t even want to consider the option – we’ve got a serious problem. He might just view you as a spare tire. Ready to replace you at the drop of a hat. Sad, but true. Men don’t like going backwards sexually.

On the other hand, if his ex had a “no-blowjobs” policy, then he’ll be happy with whatever he can get (see #1), and if that something is top-notch, he’ll think of you as an Angel that fell from the sky and landed on her knees right in front of him. Hallelujah!

When you’re giving head, you’ve got complete control over this guy’s destiny. You command total pleasure or horrible pain – like chopping his penis off and tossing it out the window of a moving car. When you’ve got your hungry lips deep around his penis – every guy wonders – “what if, she just goes insane all of a sudden and bites it off?” Hey. I watched a lot of movies.

10. “I wish she’d turn the lights on, and come out from under the cover”

13. “I shouldn’t say a word... she’s focused on this important project... like a rocket scientist”

If you’re going down on him just because you’ve heard “that’s what you should be doing” – he’ll notice – and, again, he won’t like it. If the thoughts “Why didn’t he come already?” or “Am I doing it right?” are crossing your mind while giving head – that’s the same stuff he’ll be thinking about. You’ll just be in a hurry to get him off and he’ll feel pressured to come quicker – the result? Probably nothing. Once he starts thinking, it’s game over.

“Did she just say that? – What a bummer. She seemed like a nice girl.”

Hey, you’re already giving him head – why go half way? If he sees you’re holding back and acting like a nice girl, it’s just not cool. He wants you to unleash your inner slut and be fearless. Men love it when you’re a lady on the streets and a slut between the sheets – stop being nice in bed, instead – be hungry, act foolish – love every second of it... and he’ll do the same. Now, if you do manage to let go, relax, and start having fun, he might think about entirely different things while you’re giving head.

If you can, and are willing to deep throat, he’ll cherish you like a drop of water in the desert. His eyes will pop out in disbelief as you make his entire penis magically disappear in your mouth. Girl... Dynamo is an amateur compared to you. The deeper you can go the longer your relationship will last.

“It was as if the act itself was rejuvenating to her. It was as if she were dying of thirst and my c*ck were the fountain of everlasting youth.”

“Am I hallucinating? Did she just actually say that? Did I hear please?”

If you’ve said that last sentence, his mind is in meltdown mode like a power plant. His crotch is swimming in your saliva of appreciation... he’s ready to put a ring on your finger - if he survives, of course.

Just to be clear, I’m not responsible if he passes away. Never forget, with great power comes great responsibility.

14 Thoughts Guys Have During Sex

25 Annoying Things Men Do In Bed