by the editorial team Published on 12 February 2008 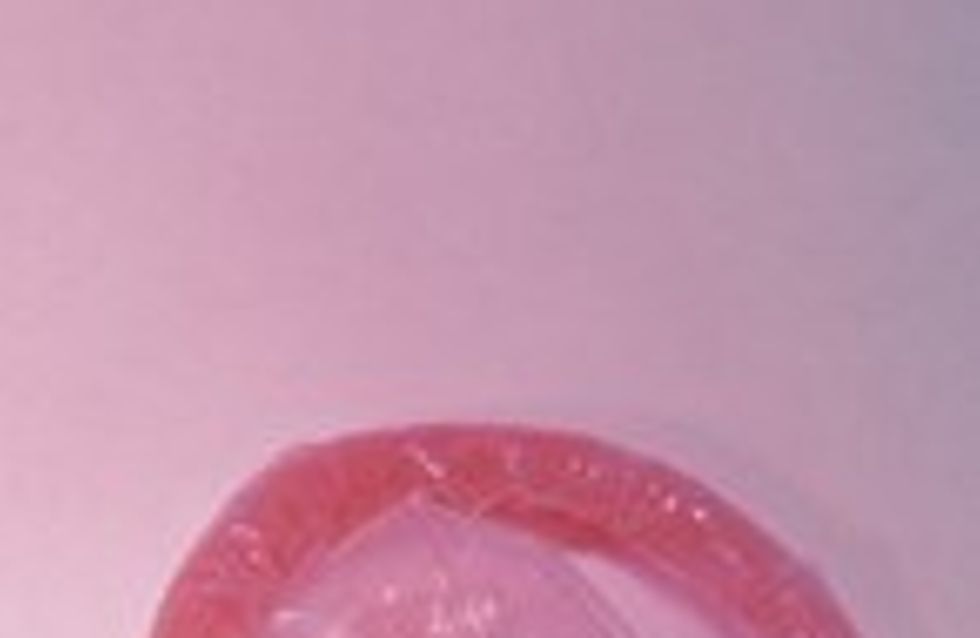 A few figures
- 1880: invention of the first rubber condom by tyre company Goodyear Tire & Rubber.
- 46%: the percentage of people who always use a condom when they have sex with a new partner.
- 160 million: the number of condoms sold in England in 2002.
- £3: the average price of a pack of 3 condoms.

Choosing a condom
- For extra stimulation: the standard condom has gradually been replaced by condoms that aim to increase the pleasure of sex. Textured, ribbed, studded and heated condoms have become a fun part of sex rather than a restriction. You can even get ones with vibrating rings on!
We recommend: Durex Pleasuremax, Durex Sensation, Condomi Stimulation, Mates Ribbed, Mates Intensity, Trojan Shared Pleasure and Safex Fantasy Ribbed.
- For flavour and colour: our taste buds can also get a piece of the action. Condoms can bring a touch of humour to sex with various flavours and colours, and they're a great way of enjoying scrummy flavours without puting on an ounce! Plus with a fluorescent condom, he'll be hard to miss!
We recommend: Durex Select, Condomi Tutti Frutti, Mates Flavours, Condomi Chocolate and Safex Flavoured Forte.
- For long-lasting pleasure: for longer-lasting sex, you can get condoms available which contain Benzocaïne lubricant (a mild local anaesthetic). These desensitise the tip of the penis and can delay ejaculation by 10-30 minutes.
We recommend: Mates Endurance, Durex Performa, Condomi Max Love, Trojan Extended Pleasure and Safex Delay.
- For a natural feeling: Very thin condoms give greater sensitivity and you almost forget he's wearing one.
We recommend: Durex Fetherlite, Durex Avanti Ultima, Condomi Ultra Thin, Mates Ultra Thin, Trojan Supra, Safex Sensitive and EXS Ultra Thin.
- For a perfect fit: however big or small he is, you can find a condom that’s right for him.
We recommend: Durex Close Fit, Mates Conform, Trojan Magnum and Condomi XXL.

How to use a condom
- Before using a condom, check the expiry date and make sure it carries either the European CE mark or the British BSI kitemark.
- Carefully tear the packet open with your hands on one side. Handle with care, as sharp nails or jewellery can tear.
- Only put a condom on when he's erect.
- Check that the outer ring is on the outside of the penis.
- Squeeze the tip of the condom between your thumb and index finger to get rid of any trapped air.
- Roll it down over the length of the penis, keeping the reservoir (the pointy tip) facing away from him.
- After you’ve had sex, wait until he’s completely withdrawn from your vagina before removing the condom.

Problems
- Breakage: if the condom tears, your partner should withdraw immediately. Remember you're not protected, so it's advisable to take a pregnancy test and get checked out for any sexually transmitted infections.
- Slippage: when worn correctly, condoms should stay in place during sex. If it feels like it’s rolled up on itself, put it back on properly or try another condom.
- Latex allergies: if you’re allergic to latex, you’ll experience itching and swelling. Durex Avanti is a polyurethane condom and is the most widely available. eZ.on is another polyurethane condom which has the advantage of being bidirectional so it can be put on inside-out. Trojan Supra and Tactylon are also latex-free. Be aware that latex-free condoms are finer and slightly more likely to break than ordinary ones, so take care when handling them.

The female condom
The female condom (femidom) is just as efficient as the male condom in terms of protection and contraception, but isn’t widely used.
Its advantages:
- It’s more resistant, with less danger of tearing.
- lt can be inserted 8 hours before having sex, so foreplay isn’t interrupted.
- It doesn't restrict the penis.
- It doesn’t have to be removed immediately after ejaculation.
The only disadvantage:
- You need to practice inserting it. It’s not always clear how to put it in, so you’ll need a few attempts before you’re able to do it with your eyes shut. It’s recommended for women who are already sexually active and who know their bodies well.