The Art Of Kissing

by the editorial team Published on 17 April 2008 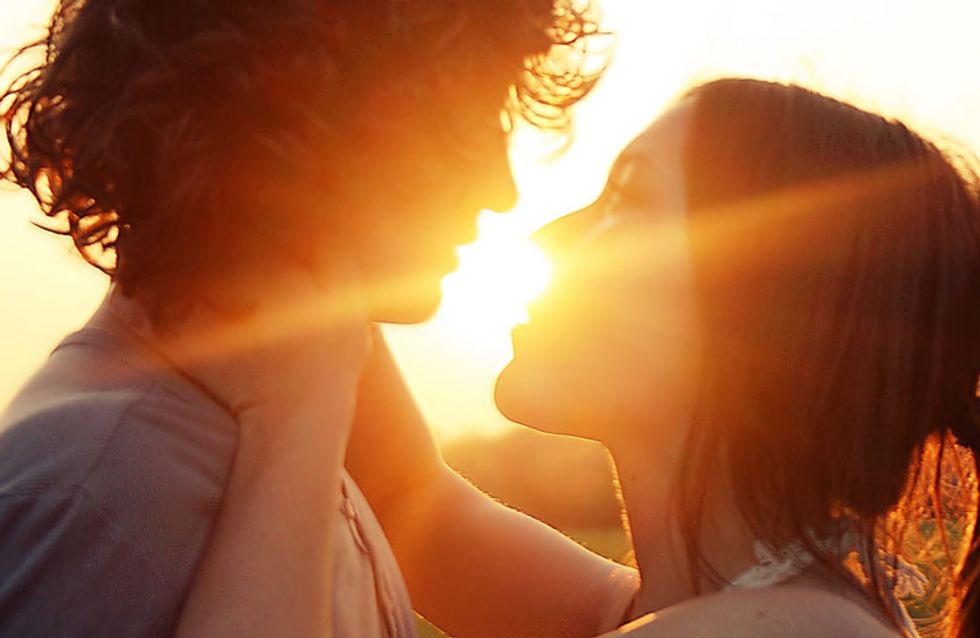 Are you familiar with the French kiss? This sensual kiss, practised by lovers the world over, is perhaps the most well-known but there are many more ways of kissing. From the perfect technique to what not to do, here's everything you need to know about the art of snogging.

Are you familiar with the French kiss? This sensual kiss, practiced by lovers the world over, is perhaps the most well-known, but there are many more ways of kissing! From technique to faux pas, here's all about snogging...

Kissing: an intense source of pleasure
He said something that made me laugh, he looked into my eyes, then we kissed. Such is the way most romances unfold. A peck to start with, then a quick kiss, followed by full-on snogging. Kissing is more than just a proof of affection: it's a source of intense pleasure to share and creates fusion as well as a feeling of trust. In all forms of literature, the art of kissing has a choice place in love stories, from the Arabian Nights to the Kama Sutra!

Kissing around the world
Amazonian Indians are shocked by kissing on the lips (with or without tongues): they think it inappropriate. And some African peoples think a kiss is a flaw in basic hygiene, which can deprive them of their soul and their life. Some female Manjas in Africa have their upper lip perforated with a wooden disk to stop them kissing (they shake hands instead, while men squeeze thumbs). Eskimos rub noses tenderly or stick out their tongues, which can either be a simple sign of respect or a come-on.

Technique
Master the art of kissing and you'll be able to seduce anyone! For a deep, sensual kiss, open your mouth wide, join your lips to your partners', and don’t be afraid of letting your saliva mix with his. Your tongues can meet and entwine in circular movements, touching palates and the inside of cheeks. Gentle nibbling also feels nice.

And the little thing that makes all the difference: love! Put your heart into it and you'll look just like they do in the movies! Remember that kissing isn’t necessarily an invitation to have sex: it can simply be an opportunity for a bit of flirting! A few softly-spoken words, strokes and breaths on his neck add extra thrills.

Things to avoid
Kissing is all about improvisation and checking how compatible you and your partner are in love. Here are the faux pax to avoid, some of which can repulse even the most understanding...

• Smelly breath: Just had a curry? If smooching is on the cards, head to the bathroom and clean your teeth. Fresh breath is a must!

• Anxiety: whether it’s your first, second or third date, there’s nothing more irritating than someone who’s in a rush to finish or who’s very tense and tends to try and eat the other person. Go in softly and slowly.

• Too much saliva: there’s nothing worse than a sloppy kiss, where you end up bathing in the other person’s saliva…Make sure you swallow your saliva before going in for the kill and you’ll have no worries!

He doesn’t seem that keen on kissing. Should I be worried?
As the years go by, it’s common for couples to enjoy fewer passionate kisses, both in public and private. And often, it’s the man who becomes stingy with his kisses. This can eventually lead to a drop in the woman’s self-confidence, as she assumes he doesn’t love her as much as he did before. The reason is simple though: when making the transition from childhood to adolescence, some young boys are deprived of kisses and hugs by their parents, who believe they’re too big for such displays of affection. As a result, once these boys become adults, they struggle to show affection, even to the woman they love. It’s up to the woman to help him recognise this issue and overcome it!

Health risks
Sexual intercourse can give you STIs and STDs: kissing can't! However, you can pass on nasties in an instant. The danger comes from the saliva or the lips. Herpes (coldsores) can be transmitted through simple contact with mucus in the mouth, as can flu. Glandular fever is transmitted by saliva and in much rarer cases, allergies (to nuts and fish, for example) can be triggered. If your partner‘s under the weather, a few days of abstinence will only make the kisses even better when you start again!

Sensitive zones
Kisses are even more pleasurable on our erogenous zones. Massages and nibbles using the lips and tongue on certain parts of the body take on a completely different dimension, this time a sexual one. Sexy wet kisses planted on the neck, breast, bum and lower back can be very stimulating because they arouse multiple pleasure sensors. The ears and earlobes are also sources of arousal because they’re rich in nerve endings. The rest files under oral sex!

#Sexual pleasure
From hair ideas to outifts, look no further for your daily inspiration