How To Tell Your Friend Her Boyfriend is Hitting On You 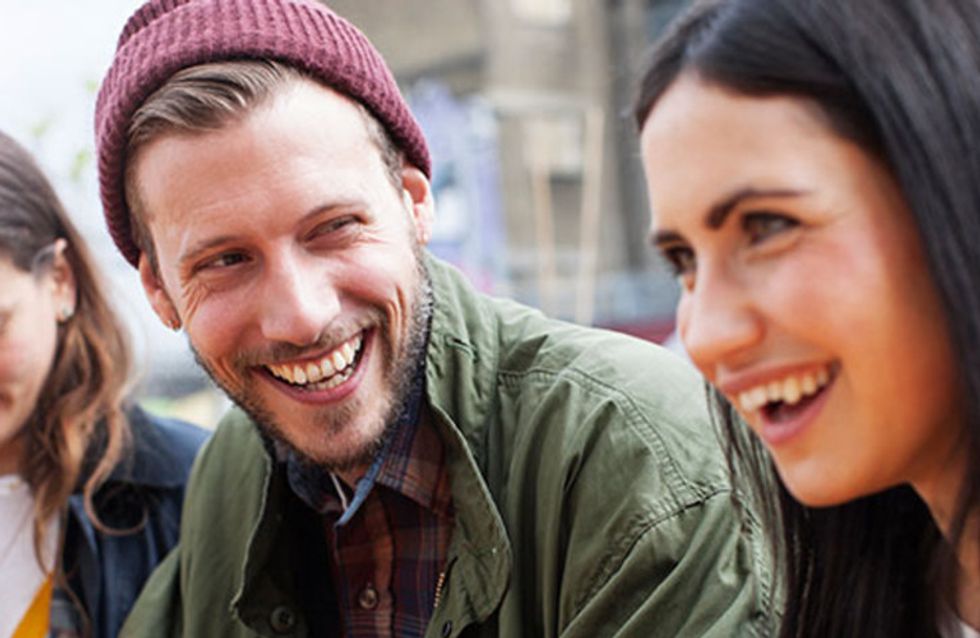 This is a conversation no one wants to have, but unfortunately, sometimes guys can be dirty dogs, especially the ones you least expect. You've likely spent weeks trying to convince yourself that you’re imagining things and he’s simply being nice because you’re his girlfriend’s BFF. Then he probably did something that sent the alarm bells ringing....

Maybe you noticed that he always finds some way to touch your arm in a group setting or he sent you suggestive texts that he asked you not to show your friend. Whatever happened, you’ve found yourself in this awkward situation and now it’s time to tell your friend that the guy she’s seeing isn’t as perfect as he appears. Girl, you've got to dig deep, this one is gonna test your friendship, hard.

Have the conversation at her place

This is a cardinal rule whenever you’re delivering bad news - and believe us, this news is going to shock the hell out of your pal. She might need to smash things or cry and she should be in an environment where she feels comfortable enough to do that. Please, just don’t bring it up when you two are going hard in the club!

Express your surprise that the situation is even happening

“You’re such a great girlfriend; any guy would feel lucky to have you own his arm” is a perfect opener for this kind of conversation. It reassures your friend that she didn’t do anything to cause her boyfriend to turn his attention away from her and puts the blame squarely where it belongs - on her boyfriend’s shoulders.

Provide clear examples of when her boyfriend acted inappropriately

Unfortunately, having a feeling about the duplicitous intentions of her man isn’t enough. You gotta bring concrete evidence to the table.

Your friend will want to know exactly what occurred between you and her man. If it takes you a while to say something, she might doubt your accusations and think you’re trying to break them up. Have the evidence - Facebook messages, texts, emails - at the ready. If it’s something he did at a party, be as descriptive as possible when recalling the event, without being hurtful.

Explain how you rejected him

The inevitable follow-up question, "so what'd you do?" will be an easy one to answer if you did the right thing by not responding in kind to her boyfriend! Hopefully, you let him know that you AREN'T interested. If you flirted back...um, girl...you've dug yourself into a hole that we can't help you out of.

Let her be angry (yes, even at you)

Although you didn't do anything wrong, your friend will be hurt and upset. We know it doesn't make a lot of sense, but in an indirect way you're somewhat responsible for her pain. She might look at you and feel insecure and embarrassed that you saw a gross side of her boyfriend. Stick up for yourself but if she needs to unleash a little rage on you, let her do it. She'll apologize in due course.

After you've shared the news, you'll want to bombard her with texts and emails to make sure that your friendship is intact. Don't. Give her time to work out her feelings. If she's a good friend, she'll appreciate your honesty and come around eventually!

Don't tell her what to do with her relationship

Obviously you'll hope that your friend dumps her guy the minute she finds out about his flirting, but life is complicated. She'll want to talk it out with him and may arrive at a decision that you won't like.

Don't push her to do anything she's not ready for yet. Even if she does stay with her man, it probably won't be long before he trips up again and then she'll have to break up with him!

How did your friend take the news? Tweet us @sofeminineUK

Dirty Dancing 1987
by the editorial team

The Hero
by the editorial team

Does A Dramatic Breakup Make It Easier To Walk Away From A Relationship?
by the editorial team

Pinewood Studios
by the editorial team