'Is It Hot In Here Or Is It Just You?' Every Type of Boy You Meet On a Night Out 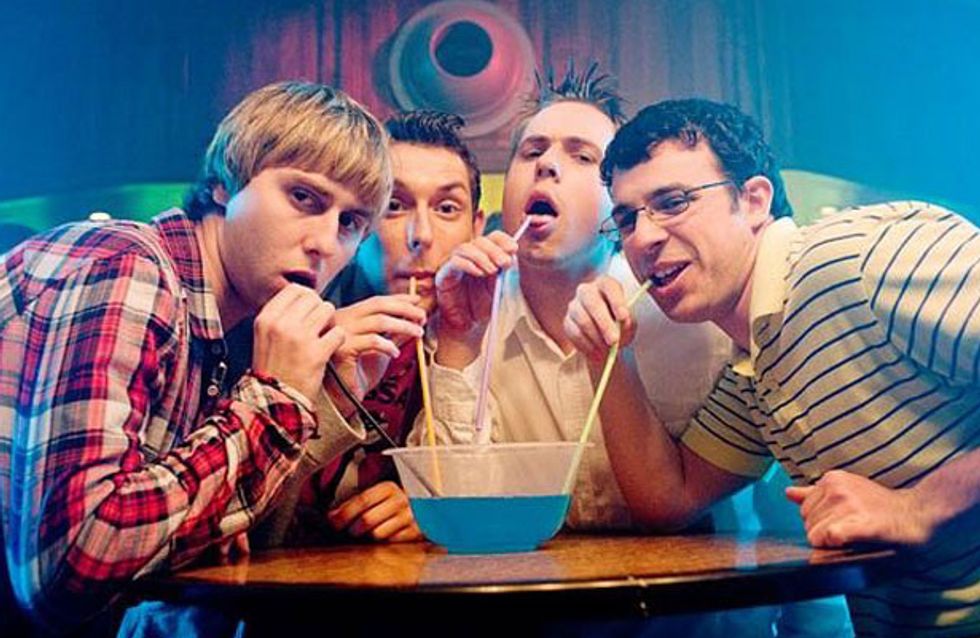 On a girls' night out, there's always some creep or other trying to get his hands on your number or a little more. Whether it's the thrusting pervert, the fully-fledged stalker or the grandad who's 20 years your senior, there are umpteen kinds of guys we're guaranteed to meet on a night out. Girls, here are a few of the most common types of men you've definitely come across before...

The guy who wears his trousers underneath his bum, uses street slang, bounces behind you and THEN tries to rub his penis on you all night? Enough already.

The guy who won’t piss off and is there EVERY time you look over your shoulder. Even the dirty look on your face won't scare this kinda stalker away. Please don't chase us.

The man who's got his hands wrapped around your waist (even though you don't know him) puts his hand up your skirt while you're not looking and asks what you're up to tonight? These dirt bags have NO idea how to chat up a girl. Assault ain't sexy.

What’s up with Alpha males who insult and belittle (AKA neg) you and think that you’re going to fancy them? Even worse when they say how gorgeous your friend is, then try it on with you! Ha, no chance.

“You’re so beautiful.” Is he being genuine or is he just trying to sleep with us? It’s a debate we have every time. Let's hope he's got more than just compliments to offer...

The super hot guy who you seem to be getting on with pretty well. You have everything in common and even share a sense of style! He chats you up for two hours until you find out his fave show is Gossip Girl. OH GOD. He's GAY. WHY? Every time!

The drunken mess that FINALLY builds up the confidence (with booze) to go over to you. They fail MISERABLY. Don’t feel bad - his hangover tomorrow morning will definitely entail some memory loss.

The one that buys you AND your girlfriends shots of Patron all night hoping to take one of you home by the end of it. We’ll take the drinks, but we’ll pass on going back to your place. Cheers.

Who even came up with this crap? We know their moves better than they think. You know how it goes. You both happen to have A LOT in common, he buys you drinks to keep you entertained, showers you with compliments, then adds you on Facebook the next day. Yeah, not interested.

First impressions are HUGE here, a simple ‘hey, how’s it going?' is all it takes. There are a few genuinely nice guys out there. The guy who engages in conversation with you, makes eye contact, asks questions and then politely asks for your number without the intention of getting laid? He's a keeper.

The guy who sports a beard of some sort, wears black nerdy glasses (with no medical prescription) and is possibly high and in a world of his own. He's nice, but you can tell than he doesn't often approach girls. Lets just say if his skinny jeans are smaller than yours, there's NO chance.

The guy that comes off strong and immediately starts flirting with you. You snog him all night but then he lets it slip that he actually has a girlfriend. Apparently 'it’s nothing serious.' He was just hoping for a one night affair. Good luck with your life.

Grey, old and wrinkly? What is up with old middle-aged men at nightclubs? They're INSANE to even consider 20-somethings as a possibility. Have you ever heard of Bingo? Get lost.

What other types of guys do you meet on a night out? Tweet us @sofeminineUK