by Dagney Pruner Published on 19 January 2015 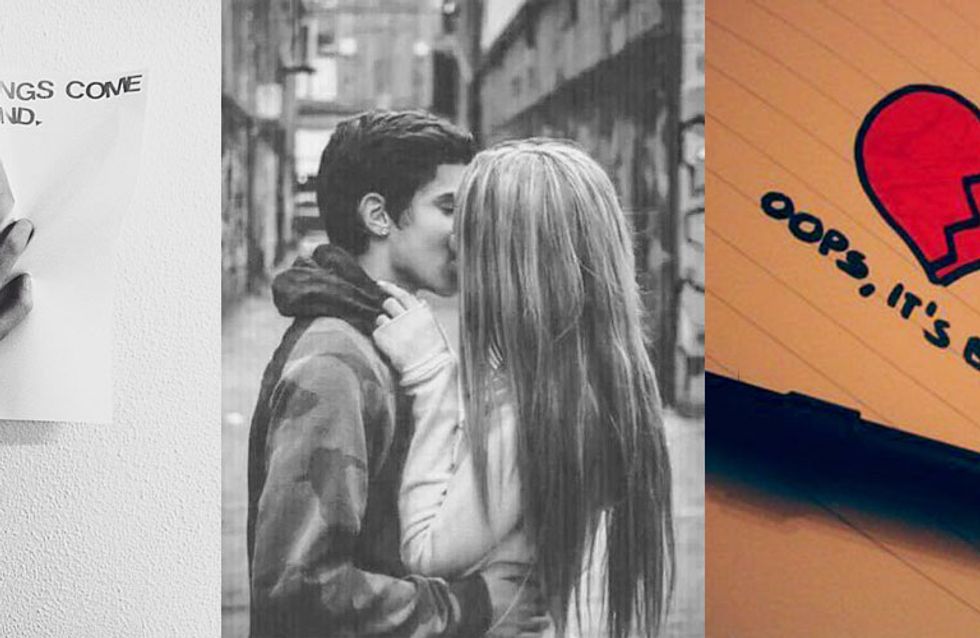 Almost every girl has an ex-boyfriend that had never had a girlfriend before you dated. That means you get to put in all sorts of time and effort teaching them what it means to be there for somebody that isn't his family, his bros or his Nintendo. It's no easy feat, and even after you have put in all that hard work the relationship can often end in disaster. So who really benefits from all that training? The gal that gets to date him next.

Nobody said it better than Carrie Bradshaw: "You know what? I broke in Big. I did, I broke him in and now the Idiot Stick Figure With No Soul gets to ride him." And the sad fact is, it's true. Girls spend months, maybe years, knuckling it through relationships hoping that the player/lad/bad boy/man child will learn what it means to put another woman besides their mum or their sister before themselves.

The worse truth is it's usually not even the big things. It's not that they don't want to move in together or propose. It's that the untrained man doesn't know how to do the small things, the things that can drive a girlfriend mad on a daily basis. We put some of the best years of our life painstakingly trying to improve those habits, so to all the girls that should be writing us thank you letters, but won't, we decided to write one for you:

I wanted to say that I can't thank you enough for all of the hard work you put into training (insert your ex's name here). He is such a good boyfriend now! Now he knows that when I say it I don't really want anything big for my birthday or Valentine's Day, I'm actually full of sh*t and want him to do something amazing that shows how much he really cares. He also knows now that he needs to make an effort to get to know my friends and tolerate our girl talk. Otherwise, my friends will spend hours convincing me at every girls dinner that "I deserve better" and I will get all riled up and pick a fight with him.

I especially wanted to thank you for teaching him that texting me when he gets home safely after a night out with the boys is a must. I get to look like such a laid back girlfriend when he goes on boys trips now because you've drilled it into his brain that he has to check in with me, thank you for that.

I should also really thank you for teaching him that family events are non-negotiable and that it doesn't matter if he has front line seats for the footy the same day as my grandma's 80th birthday party. Now he knows he needs to go to my nan's birthday party without even picking a fight.

Mostly I want to thank you for teaching him to put me first, even if it's not all time. I know he will always love his bros and his mum in a different but equally powerful way, but some days he makes me number one now, and I thank you most for that. I don't even have to lecture him about how much he plays Call of Duty or tell him he can't insist every Saturday "has to be a guys night cause it's just not the same when girls are around" anymore.

Also, the way you taught him to open doors for me and put the toilet seat down was super helpful too! ​Basically, thank you for making me look like the amazing, non-naggy girlfriend whose relationship is smooth sailing.

The Idiot Stick Figure With No Soul

P.S. Thank you for also curing his fear of commitment, we actually just got engaged! You can check out how big the ring is/how happy we are on Instagram. Hope all is well!

Thanks for the thank you letter ladies, we hope you enjoy riding those boys we broke in and wish you a lifetime of happiness...sort of.

Need some more inspiration? Here are 50 quotes to help you move on:

Do you think all those trainer girlfriends out there are owed a thank you letter? Tweet at us @sofeminineUK