What We Can Learn From Matthew McConaughey's Marriage Ultimatum 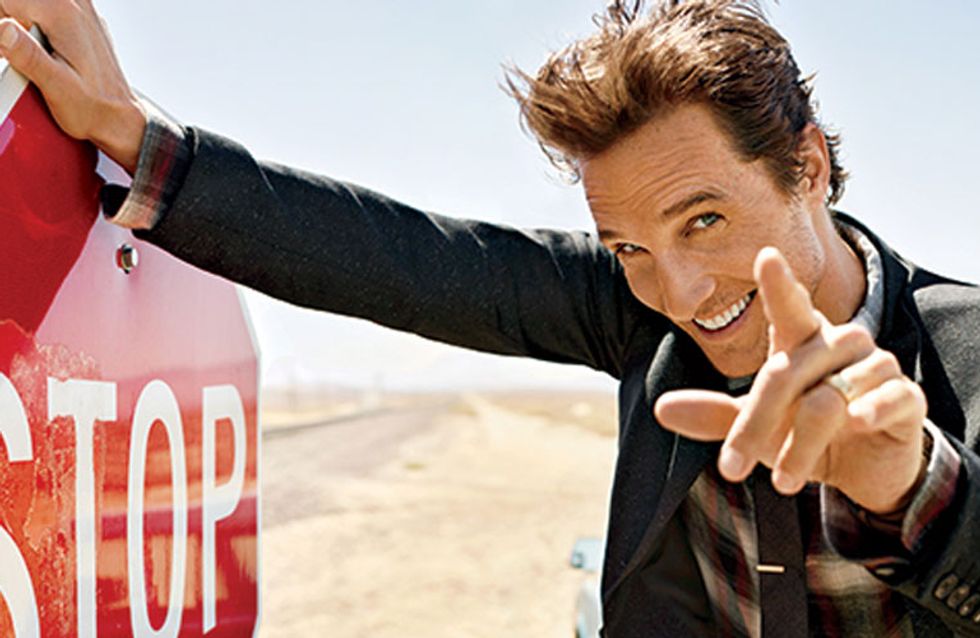 There's a problem with men who won't marry you without an ultimatum.

Yesterday the rom-com king and man every woman would leave her husband for confessed to something that broke our little hearts.

In an interview in the November issue of GQ, Matthew opened up at his marriage to stunner, Camila Alves. The picture perfect pair had two kids throughout their six-year relationship, and yet he still stalled on the getting married part. He admitted that "It took [Camila] going, ‘C’mon, Big Boy, Mr. Easygoing-We’ll-Get-to-It-When-We-Get-to-It. Either s--t or get off the pot."

While Matthew and Camila truly look in love, it's kind of sh*tty that she had to threaten a break-up in order to get the proposal they were both, clearly, moving towards! Yet, so many marriages happen this way and I think that's a problem. Last year Chrissy Teigen confessed to Sports Illustrated that she threatened to leave John Legend if he didn't propose to her before Valentine's Day of that year. Of course, she came off looking like an overbearing girlfriend, when in reality she had been with Legend for SEVEN YEARS and he just kept pushing off the proposal.

So what is an ultimatum exactly? It's when a person issues a series of demands that are non-negotiable. There's no room for compromise from either parties. Those restrictive conditions are probably why women are so brutally criticised for giving marriage ultimatums or issuing a "walk date" - the day they'll leave if they don't receive a proposal. However, hardly anyone side-eyes men for driving many women to that point. Men are allowed to stall on a commitment over elusive reasons or adopt a "if it ain't broke, why fix it?" mentality to their relationship without fault. It's frustrating and unfair.

However, my biggest concern is how a woman feels after their man gives into the ultimatum, proposes, and then marries her. Frankly, it's not the best way to begin the whole Til Death Do Us Part thing, and in some cases, it breeds resentment and mistrust. A man who can't look at the commitment and life he's made with you and realise that marriage is the natural next step isn't a man.

Now I'm well aware that some women look at ultimatums as empowering because they're being clear about what they want. Well, I have to disagree. I'd feel incredibly disempowered AND disrespected if the person I was in a long-term relationship with forced me to issue an expiration date on our relationship if he didn't stop acting like a child. I'd feel like I was begging for a commitment and that doesn't sound empowering at all.

If you're in a similar situation, my advice is to give yourself an internal ultimatum instead. If all signs point to LIFELONG COMMITMENT and he still hides his face in the pillow when the conversation turns to marriage, then maybe it's time to seriously reevaluate, even if he is as dreamy as McConaughey.

​Would you give your man a marriage ultimatum? Let us know @sofeminineUK

Why Won’t He Commit? 16 Unexpected Signs He's A Commitment Phobe

I Hate My Engagement Ring: What To Do When You've Found The Right Guy But The Wrong Ring

Wanna Go For A Walk? 25 Other Signs He's About To Propose

Every Hole's A Goal! Introducing The New Three-Holed Sex Toy For Men
by the editorial team